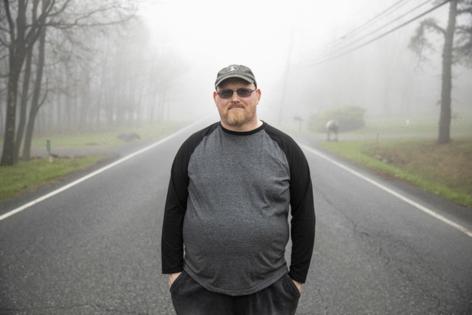 PHILADELPHIA -- Patrick Murphy saw the flashing lights come on behind him on State Route 115, and he immediately knew what it was about. He was on his way to get an estimate to fix a broken headlight, but it was the day before Thanksgiving, typically a big day for traffic enforcement. Of all the bad luck, a Pennsylvania state trooper had spotted the damage first.

Murphy didn’t know that his headlight was just the start of his problems that day in 2017. He suffers from chronic pain and PTSD, and while visiting relatives in Massachusetts six days earlier, he used cannabis to get relief.

Murphy’s drug use was legal — as Massachusetts already allowed it then — and he was driving safely. But his system still contained trace amounts of an inactive metabolite of the drug, and under Pennsylvania law, that meant he was driving “under the influence.” After a long court battle — during which even the state’s expert witness agreed the metabolite was no indication of impairment — Murphy spent three days in jail, and lost his license for a year.

As more states move to legalize cannabis for medical or recreational use, an increase in DUI arrests is likely to follow, say both law enforcement officials and advocates for legalization. Yet scientists warn that unlike with alcohol, detecting impairment due to cannabis is a challenge — meaning that some of these arrests may, as in Murphy’s case, involve motorists whose driving is perfectly safe.

“I’ve been fighting this the whole way,” he said.

Pennsylvania’s medical marijuana program took effect in 2018, yet it remains one of a dozen states with a zero-tolerance law — meaning it is illegal to drive if the motorist’s body contains any amount of THC (the main active compound in the drug) or its inactive metabolites, according to the National Conference of State Legislatures.

Some other states define impairment as having THC in the blood above a certain threshold, but scientists say that approach also falls short. There is wide variation in how people metabolize cannabis, plus there is little to no correlation between any given level of THC in the blood and the ability to drive.

Then there’s the debate underway in New Jersey, where long lines of customers greeted the legal debut of recreational cannabis in April. In the Garden State, a drugged driving conviction requires evidence of actual impairment — the officer’s observations coupled with other findings such as drugs in the car.

But typically, prosecutors also enlist the input of a second officer called a “drug recognition expert” — one trained in a 12-step protocol that is now being challenged before the state Supreme Court. These officers assess the suspect’s muscle tone, pulse and eye movements, among other vital signs that are normally the province of a doctor’s office. A court-appointed “special master” heard more than four months of testimony on whether such findings should be admissible as expert opinion, and his findings are expected this summer.

No one wants impaired motorists on the road. But the bottom line, say experts in how the body responds to cannabis, is that the science has not yet caught up with the law.