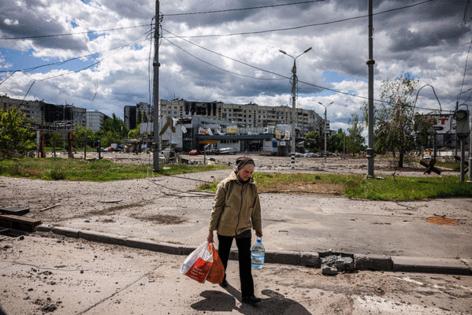 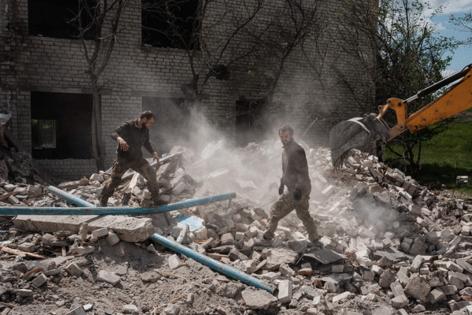 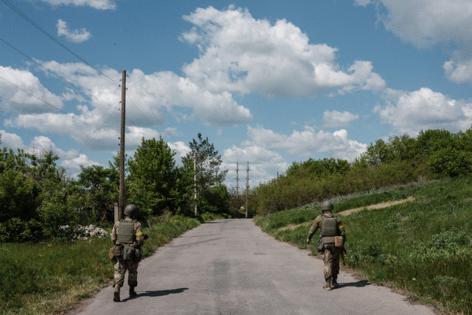 LVIV, Ukraine — With full control of the beleaguered port city of Mariupol in hand, Russian forces kept up their assault Tuesday on eastern Ukraine, now the focus of a grinding conflict that bears the hallmarks of a grim war of attrition.

Images posted online depicted wounded Ukrainian servicemen taken on stretchers from the vast Azovstal steelworks in Mariupol to buses that evacuated them to a hospital in Russian-controlled territories. The sprawling plant was the soldiers’ last redoubt in the strategic city, whose capture gives Russia a badly needed victory and a bastion on the Sea of Azov.

Overnight, 264 Ukrainian defenders, including more than 50 who were seriously wounded, were evacuated from Azovstal under Russian military escort. More than 200 others were transported through a humanitarian corridor to Olenivka, a town controlled by pro-Russian separatists.

Much remains unclear about the evacuation deal, which appears to have been negotiated in secret under the auspices of the International Red Cross and the United Nations and was first announced Monday by the Russian Defense Ministry. On Tuesday, Ukrainian Deputy Prime Minister Iryna Vereshchuk said the severely wounded servicemen would be exchanged for Russian prisoners of war “after their condition stabilizes.”

“We are working on the next stages of the humanitarian operation,” she added.

Also unknown is how many fighters remain inside the Azovstal plant, with commanders now under orders from the army’s high command to save the lives of their personnel instead of pressing on with their defense. Ukraine’s military said in a statement early Tuesday that efforts were ongoing to save the remaining fighters, lauding them as “heroes of our time” who would be mentioned “forever in history.”

As the buses rumbled out of Azovstal, Russian forces continued attacks on eastern Ukraine, with their main efforts focused “in the direction of Donetsk province,” according to an operational update from the Ukrainian army’s General Staff on Tuesday. The update said Ukraine had repelled 11 enemy assaults in the last 24 hours, including around the city of Severodonetsk, the easternmost area still under Ukrainian government control and the site of intense combat in recent weeks.

Russian cruise missiles also struck locations near the northeastern cities of Chernihiv and Sumy, according to reports from regional authorities.

“These strikes, like the many previous ones, do not fundamentally change anything,” he said in a video address. “This is kind of an attempt to compensate the Russian army for a series of failures in the east and south of our country.”