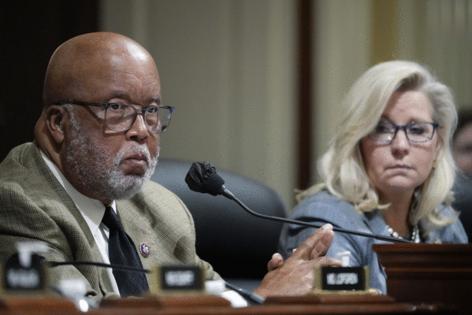 The congressional committee investigating the Jan. 6 attack on the Capitol doesn’t plan to call former President Donald Trump and is “unlikely” to call former Vice President Mike Pence, either.

Rep. Bennie Thompson, D-Miss., the committee chair, said it’s “not our expectation” to call Trump since the panel already has heard witnesses relate his actions and behavior.

“We’re not sure that the evidence that we receive can be any more validated with his presence,” Thompson told reporters Tuesday. “I think the concern is whether or not he would add any more value with his testimony.”

He also said it was unlikely the committee would call Pence, but added that talks are still ongoing with the ex-veep’s representatives.

The committee has heard from several aides to Pence, who played a central role in Trump’s effort to overturn his election loss to President Joe Biden that culminated with the attack on the Capitol by a mob of pro-Trump extremists.

Thompson also noted that the panel, which includes anti-Trump Republican Rep. Liz Cheney, R-Wyo., could uncover additional evidence that could change its course.

The committee plans to hold at least six hearings next month, including several in prime time.

“We’re still in the middle of an aggressive investigation as we prepare for our hearings,” Thompson said.

The committee is investigating Trump’s failure to stop the attack, which was aimed at preventing Congress from certifying Biden’s win, and also his broader scheme to overturn the election.

The lawmakers have not yet said if they will comply or defy the order to testify.

Thompson said it’s still possible more lawmakers could be ordered to tell the committee what they know.