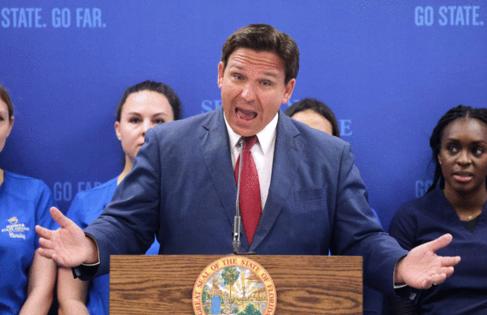 ORLANDO, Fla. — A top staffer for Florida Gov. Ron DeSantis worked on a proposal that sought to challenge decades-old First Amendment protections for the news media and make it easier for high-profile people to win defamation lawsuits, according to documents obtained by the Orlando Sentinel.

The idea didn’t make the 2022 legislative session’s agenda. A bill was never filed, according to Florida’s First Amendment Foundation.

A briefing document declared that the goal was to end federal standards established in the Times ruling and make defamation purely a matter of state law.

The draft bill would have changed the criteria for determining whether a falsehood was published with “actual malice,” limited the definition of “public figure” and presumed statements from anonymous sources to be false in defamation cases.

“To the extent these provisions conflict with existing Supreme Court precedent, this legislation aims to invite challenges to such precedent with the goal of restoring the original understanding of the First Amendment,” states the document Kopelousos attached to an email sent Jan. 5 to a staffer in the office of state Senate President Wilton Simpson.

The governor’s office did not respond to a list of questions Tuesday about the proposal, including whether DeSantis was directly involved with the draft bill and if the idea is being considered for future action.

Simpson’s office did not respond to a request for comment.

Clay Calvert, a law and journalism professor at the University of Florida, said the proposal taps into a broader conservative campaign against mainstream news organizations.

“Many Republicans, including former President Donald Trump, are upset about the current state of libel law,” said Clay Calvert, a law and journalism professor at the University of Florida who reviewed the draft bill. “They believe it is too friendly to media defendants.”