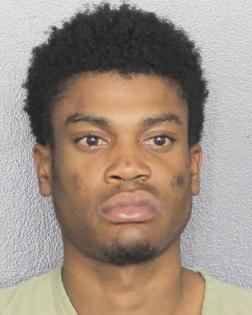 WILTON MANORS, Fla. — Two months after a group of Spring Breakers, including West Point cadets, overdosed on fentanyl-laced cocaine, the Lauderhill man accused of selling them the potentially lethal drugs has been indicted on federal charges, court records show.

Axel “Gee” Casseus, 21, was indicted on two counts of distribution of a controlled substance on May 5 for allegedly selling the laced cocaine to the Spring Breakers on March 10 and for selling $1,000 worth of cocaine to an undercover officer on March 11, according to the indictment.

Broward Sheriff’s Office deputies arrested Casseus on March 11 on a drug trafficking charge in the undercover selling. He was suspected of selling the laced drugs to the Spring Breakers but had not been charged in that incident until the federal indictment earlier this month.

The criminal complaint, written by a U.S. Drug Enforcement Administration officer, says two of the six Spring Breakers who overdosed met Casseus at Fort Lauderdale beach on March 9 — the day before the overdoses. Those two, who are not identified in the complaint, were put on ventilators after ingesting the laced drugs.

Casseus told them when they met at the beach that he sold cocaine, the complaint says, and gave them his phone number. His number was saved under the name “Gee fort Lauderdale plug” in the phone of one Spring Breaker.

That college student was texting with Casseus about purchasing the drugs from about 2 a.m. March 10 until he allegedly completed the deal about 4:30 p.m., according to texts shown in the complaint.

At 11:45 a.m., Casseus texted “u still need a 8ball right” and continued to message throughout the day about when he would arrive at the Wilton Manors home the Spring Breakers rented, the complaint says.

Shortly after 4:30 p.m., Casseus sent a photo from the passenger seat of a car he was in and said, “be outside,” according to the complaint.