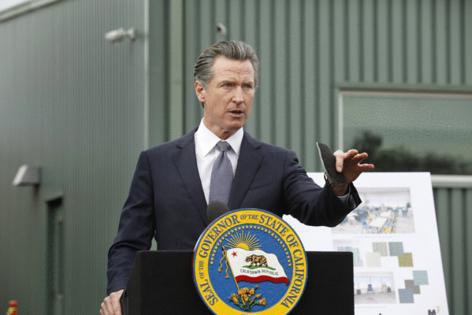 The “simply without precedent” surplus is the latest windfall for state coffers, which swelled by tens of billions of dollars in a short two-year period.

“No other state in American history has ever experienced a surplus as large as this,” Newsom said.

In January 2020, before the coronavirus pandemic, Newsom’s budget called for $222 billion in total spending, meaning the state’s budget has grown by roughly 35% over two years.

He wants to plow new dollars into homelessness, tax refunds and abortion care. The governor’s budget also includes $128.3 billion for all kindergarten through 12th grade education programs, the most ever for California schools.

Newsom also released the first budget estimate for his CARE Court plan, which would set up mental health courts in all 58 California counties that would enable judges to provide treatment plans for people dealing with severe untreated mental illness.

The governor’s revised budget includes $65 million to implement the courts in 2022 and 2023, as well as $49 million in ongoing funding for the program.

However, Newsom’s administration also anticipates economic headwinds in the coming year. The governor noted signs of economic turmoil, such as inflation and the war in Ukraine. Those trends could make for a leaner budget next year.