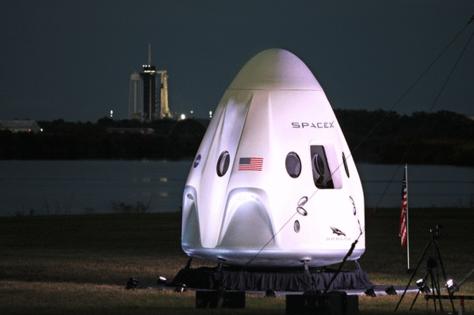 The biggest rocket to ever lift off from Earth is on tap for launch from Kennedy Space Center this spring, but it won’t be the only new name to make its Space Coast debut this year.

While the Artemis I mission to the moon will carry the new Orion spacecraft into space for the first time, launches in 2022 look to send up missions from new Axiom Space and Sierra Space for the first time while Boeing hopes to finally get its CST-100 Starliner to the International Space Station.

But the first Artemis mission, that looks to finally send NASA’s massive, multibillion Space Launch System off the ground after years of delay, is the headliner.

“We are going to be as aggressive as we can be in a safe and technically feasible way to beat our competitors with boots on the moon,” said NASA Administrator Bill Nelson in November when he outlined the next steps for the Artemis program.

Originally to have launched in 2016, the development of the program has already topped $20 billion, and future launches of Artemis face further delays and $2 billion price tags per launch. Artemis I, though, is gearing up for a payoff, targeting either March or April for liftoff.

It all depends on the results of a wet dress rehearsal in which the 322-foot-tall, rocket that weighs more than 5.75 million pounds is rolled out to the launch pad to be filled with propellants, drained, and returned to the Vehicle Assembly Building for analysis.

If all goes well, its next trip to the pad will be the last time it’s on Earth, lifting off with 8.8 million pounds of thrust on a mission that will take it 280,000 miles away, 40,000 miles beyond the moon, which is farther than any human-rated spacecraft has ever flown.

If successful, NASA will move forward with Artemis II, targeting May 2024 with a crew to orbit the moon, and then Artemis III in 2025 that looks to return humans to the lunar surface, including the first woman, for the first time since the Apollo program ended in 1972.

The SLS design is geared toward bringing both humans and cargo to deep space. The initial design has the capacity to haul 59,500 pounds to the moon. Future designs look to increase that capacity to more than 100,000 pounds.

“Right now there’s only one rocket that’s capable of doing this, and this is SLS with Orion on top,” Nelson said in November. “We’re going with what we’ve got.”