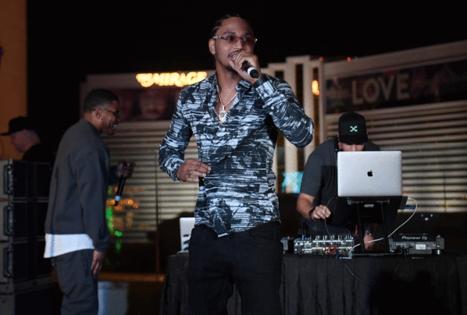 LOS ANGELES — Trey Songz can expect legal action soon from Dylan Gonzalez, who recently accused him of rape. Her lawyer said he is about to file a civil suit against the R&B singer on her behalf.

“It will be within the next two to three weeks,” Newport Beach attorney George Vrabeck told the Los Angeles Times in a phone interview earlier this week. “Dylan just has incredible courage, is tired of suffering and is no longer willing to be silent.”

Gonzalez, a former basketball player for the University of Nevada, Las Vegas, said Tuesday on social media that she is fully committing to the pursuit of her “best course of action and all of (her) legal options” against the 37-year-old performer, whose real name is Tremaine Neverson.

A representative at his record label had no comment Thursday. The Times reached out to Neverson’s management team Wednesday but didn’t hear back. A rep for Songz told TMZ on Tuesday, “Trey and his team are confident in the legal process and that there will be an abundance of exonerating information to come over the next few weeks.”

On Dec. 30, Gonzalez wrote on Twitter, “Trey Songz is a rapist. Lord forgive me I Couldn’t hold that in another year. See you in 2022.”

“With what seems like endlessly reoccurring news of the alleged sexual assaults committed by Trey Songz, I am forced to repeatedly relive in my mind, and suffer anew, the long-suppressed horror and unbearable PTSD of my rape by his very hands at a well known Las Vegas Hotel,” Gonzalez wrote. “I want to send my love, strength, and hope to all who are victims of sexual assault and its fatal nature. You are not alone.

“I stand with you and encourage all those who have suffered abuse to speak out and come forward,” she continued. “Suppression of our voices only emboldens our oppressors, and you cannot heal what you do not reveal.”

Vrabeck said he had “been overwhelmed with support for Dylan and her courage.”

Last month, Vrabeck and Ariel E. Mitchell, another attorney at Vrabeck Adams and Co., also filed a $20 million lawsuit in Florida on behalf of a woman named Jahuara Jeffries regarding an incident alleged to have happened in the early hours of New Year’s Day 2018.