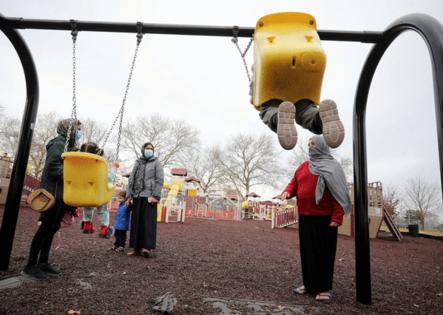 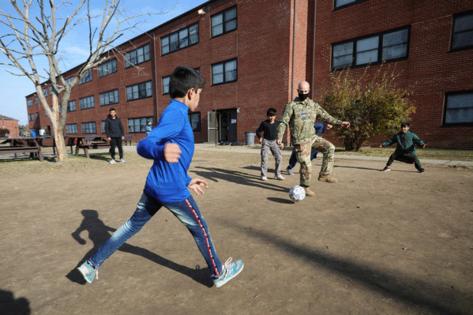 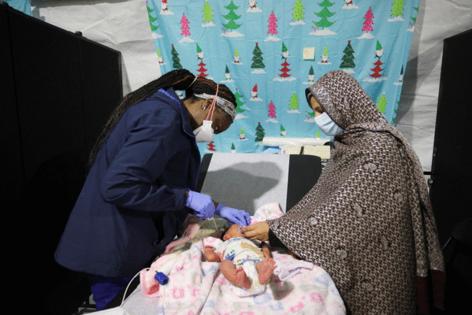 JOINT BASE McGUIRE-DIX-LAKEHURST, N.J. — A new father stopped Col. Soleiman Rahel as he walked through the old soldiers’ barracks, now dormitories for thousands of people evacuated after the U.S. withdrawal from Afghanistan.

“I want you to know I named my son after you,” the man told him.

The gesture stands out for Rahel as a symbol of the significance of his work assisting the largest U.S. resettlement effort in half a century. For Rahel, it’s personal — 35 years ago, he too arrived from Afghanistan as a refugee.

When the Taliban stormed Kabul in August, Rahel temporarily left his wife and home in Sacramento and moved across the country to Joint Base McGuire-Dix-Lakehurst.

Afghans there know him as “the governor” of their new village.

Flights of up to 300 Afghans arrive at the base a couple of times a week. Three housing complexes make up Liberty Village. It is the largest of seven “safe havens” on military bases around the country where the federal government is working to process some 35,000 evacuees — and the only one still accepting new arrivals.

“We have built a small city,” said Gen. Adrian White, who is in charge of the 2,000 personnel who operate the village of 11,100 Afghans — referred to as “guests” — awaiting resettlement. “Our unwavering goal has been to make their life in this temporary location better every day.”

The federal government has evacuated 83,000 people from Afghanistan to the U.S., including nearly 75,000 Afghans and 8,000 U.S. citizens and green card holders. An additional 3,200 evacuees are waiting for U.S.-bound flights at military bases in the Middle East and Europe, according to Homeland Security.