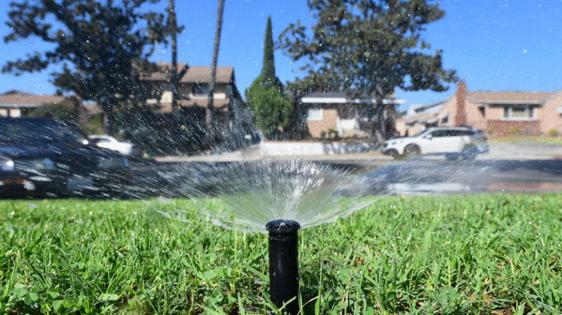 LOS ANGELES — As California descends deeper into drought, officials are growing increasingly troubled by dwindling water supplies and the public's lackluster response to calls for conservation, with residents in recent months falling short of Gov. Gavin Newsom's request for a voluntary 15% reduction in usage.

Now, as the West tips toward crisis, state water regulators are considering adopting emergency regulations that will prohibit certain actions in an attempt to curtail water waste and help conserve supplies.

If approved, the proposal could usher in a wave of water regulations that hearken back to previous droughts while underscoring the seriousness of the current one.

On Tuesday, Lake Mead — the nation's largest reservoir and a lifeline for water in Los Angeles and the West — was at 1,065 feet, or about 34% of its capacity, a near-historic low. Much of California on the U.S. Drought Monitor map was painted in worrisome shades of red.

"These regulations are kind of no-brainers at this point," said Doug Parker, director of the California Institute for Water Resources at the University of California, Davis. "They probably should have been done a little while ago."

Among the activities that may be prohibited are washing vehicles with hoses that do not have shut-off nozzles; hosing down sidewalks, driveways or patios "except in cases where health and safety are at risk"; watering landscapes in a manner that causes excessive runoff; and watering lawns within 48 hours after measurable rainfall.

For many, the measures feel like déjà vu as California again faces the prospect of dwindling water supplies.

In 2014, then-Gov. Jerry Brown introduced similar bans on watering at the start of an impending drought. Within a year, Brown had instituted mandatory water-use cuts statewide — a move widely seen as successful, with water use dropping by nearly 25%. Amid the cuts, desiccated lawns and shorter showers became commonplace across the region.

"Moving forward with these prohibitions now makes sense," said Eric Oppenheimer, chief deputy director of the State Water Resources Control Board. "I think it's the right next step."

Under the proposed rules, violators could face fines of up to $500 a day. Enforcement would come from cities, counties and local water agencies.