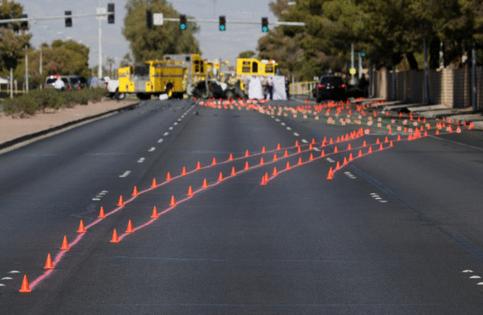 “This was completely unprecedented,” said Ken Kolosh, a researcher at the nonprofit National Safety Council. “We didn’t know what was happening.”

One possibility was that stressed-out Americans were releasing their anxieties on the wide-open roads. He guessed that fatal accidents would decline in 2021 when traffic returned.

He was wrong. The latest evidence suggests that after decades of safety gains, the pandemic has made U.S. drivers more reckless — more likely to speed, drink or use drugs and leave their seatbelts unbuckled.

“I fear we’ve adopted some really unsafe driving habits, and they’re going to persist,” Kolosh said. “Our roads are less safe than they were pre-pandemic.”

Experts say that behavior on the road is likely a reflection of widespread feelings of isolation, loneliness and depression.

“We might decide: What does a seatbelt or another beer matter, anyway, when we’re in the middle of a pandemic?” said Shannon Frattaroli, a researcher at Johns Hopkins Bloomberg School of Public Health.

The rise in motor vehicle deaths lines up with other pandemic-era trends: Alcohol sales have soared, drug overdoses have set new records, and homicides have seen their biggest increase on record.

COVID-19 marks “a sea change in psychology,” said Frank Farley, a professor of psychology at Temple University in Philadelphia, who views reckless driving as a form of rebellion — or what he calls “arousal breakout.”

“You’ve been cooped up, locked down, and have restrictions you chafe at,” he said. “So if you can have an arousal breakout, you want to take it.”

FORT WORTH, Texas — The hostage standoff inside a Colleyville synagogue Saturday reignited fears of antisemitic violence with news headlines that circled the globe. But for many Jewish Americans, the threat of such an ...Read More

Iran-backed Yemeni fighters said they launched drone strikes on the United Arab Emirates that caused explosions and a fire on the outskirts of the capital Abu Dhabi and left three people dead, ratcheting up tensions in the...Read More

Dr. Anthony Fauci, the top medical adviser to the U.S. president, said it’s too soon to say whether the omicron variant will herald a shift in the COVID-19 pandemic to endemic.

“It’s an open question as to whether ...Read More