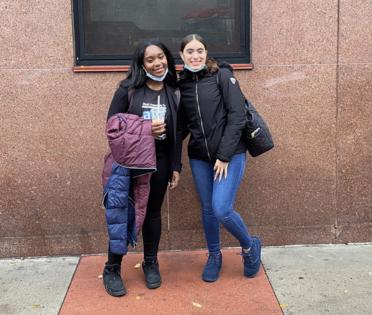 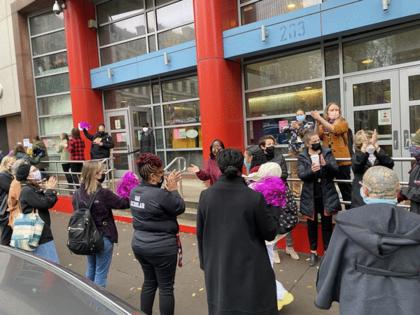 NEW YORK — For one 17-year-old student at the Adams Street high school campus in downtown Brooklyn, being inside school has always felt safe. It’s getting there that’s the problem.

Even after a classmate brought a loaded gun to school in his backpack last week, school officials were on hand to quickly de-escalate the situation and comfort students. But when something happens on Ineiry Peña’s 40-minute commute back and forth between her Bushwick home, she’s on her own.

After a man recently crept up behind her and tried to rub against her at a subway station, Peña told the Daily News, she began carrying pepper spray.

That’s why Peña was frustrated when a team of NYPD school safety agents showed up the day after the gun incident with metal detectors to scan students on the way into class. The agents confiscated 21 items in a single day, including nine pepper spray canisters, seven knives, four Tasers and a pair of brass knuckles.

“We aren’t criminals, we’re just trying be safe in a city that has been made unsafe for us,” said Peña, a senior at the Urban Assembly School for Law and Justice.

“You have a city not addressing the fear, then criminalizing students for protecting themselves.”

The weapons seizures brought a wave of media coverage that some students and staff felt unfairly cast their school and its students as dangerous.

“Many of them (the students) were crying,” said Annie Annunziato, an assistant principal at Urban Assembly Institute of Math and Science for Young Women, another of the three schools located in the Adams Street campus that includes students from sixth to 12th grade.

“There were 11- and 12-year-olds going through scanning and not understanding why, and you have media coverage painting them as criminals and saying their school is unsafe, which couldn’t be further from the truth,” she said.

Most of the items were taken from female students, and many were provided by their parents, Annunziato said.