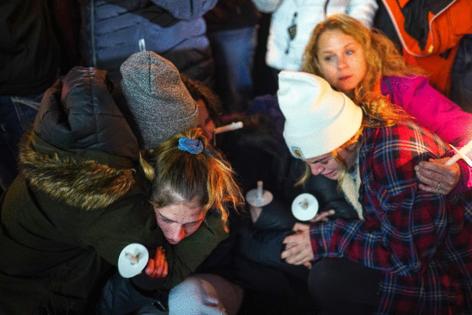 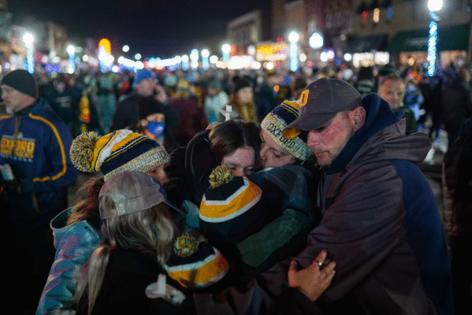 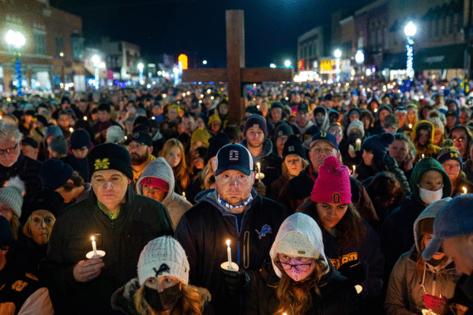 It was a people, who in the dark, cold evening flooded the village streets by the thousands young and old, bundled up to honor the community’s stolen members and reclaim a home now known in infamy by those who’d never heard of it before Tuesday.

It was a people who, amid the politicians and preachers who spoke at a village vigil Friday night in remembrance of those lost in the mass shooting at Oxford High School this week, chanted, "We are Oxford," and cheered as Chaplain Dave Gerber said he wants the community remembered as the home of the voice of the Lone Ranger and the gravel capital of the world.

"They are not going to define us because we will not be defined by the tragedy," he said at the podium. "We will be defined by the people that are standing next to us today. We are not Christians or Muslims or Jews or atheists or Hindus or Buddhists. We're not Republicans or Democrats. We're not progressives, we're not conservatives, we are Wildcats, Oxford."

A roar of applause followed, in even measure to the silence that had started the gathering — four minutes of silence for the four lives lost: Tate Myre, 16; Hana St. Juliana, 14; Madisyn Baldwin, 17; and Justin Shilling, 17.

The loss of the community children and the harm done to their classmates that day will be remembered, Oakland County Executive David Coulter told the crowd. But so will Friday night, with the community members packed in.

"It may seem impossible now on this night of unspeakable pain that anything like joy can be in our future but I have faith that there's a peace that comes despite our limited understanding," he told the crowd, after quoting Scripture.

There was peace in the town before, of course.

Gregory Kudela, who shares a law firm with Lee D. Knauf, a block and a half south of Centennial Park where Friday night’s vigil was held, asked a reporter at the scene not to take a cynical approach with the sweet community being covered. Kudela, 68, allowed people attending the vigil to park in his firm’s lot and waved them in with a flashlight.

“It’s a good town,” he stressed. “It’s a horrible thing that happened — so out of character and we’re all stunned, but these are nice people. It’s a place where people walk down the street and say hello. And tonight we’re asking God for help."