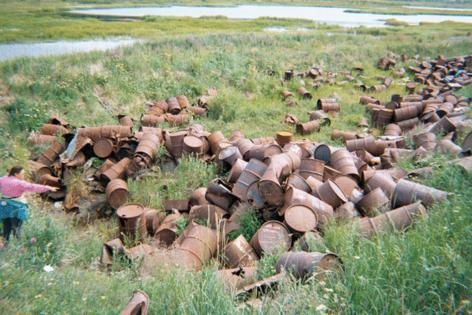 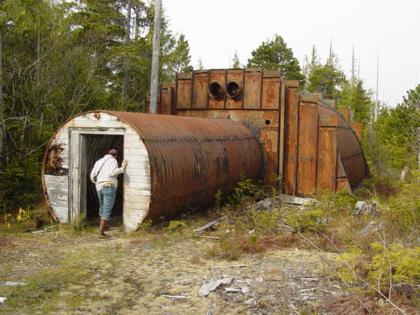 ANCHORAGE, Alaska — Richard Ragle looked at the island as the boat pulled up. He’d studied historical photographs of Great Sitkin Island for years, but it wasn’t exactly what he expected — some things were bigger and others were smaller than he had imagined.

The island, nestled into the Aleutians, has grasses that grow so tall they’re difficult to walk through. It’s green and lush, but has a rugged coastline and a tall ridge often obscured by clouds. And there’s a volcano towering above, a snowy peak mottled with ash deposits, Ragle said.

After a summer of field work, Great Sitkin Island is now closer to being cleaned up after functioning as a naval refueling station during World War II and being abandoned.

Ragle is a project manager with the Army Corps of Engineers who works for the Formerly Used Sites program — known as FUDS — in which the U.S. Defense Department hires the Corps to clean up sites where the agency no longer owns the property.

In the case of Great Sitkin Island, it’s now owned by the U.S. Fish and Wildlife Service as part of the Alaska Maritime National Wildlife Refuge.

There are more than 100 FUDS projects around Alaska and 77 have been cleaned up so far, with 60 more to go, according to Ragle.

The projects are ranked as a way to guide funding requests for cleanup, Ragle said. After an initial investigation determined the level of risk at Great Sitkin, the project was paused so the Corps could address projects with greater risk, which tended to be closer to population centers.

“Great Sitkin has finally worked its way up high enough on the list that we could request funding for it,” he said.

That occurred in 2014, and from there experts analyzed old photographs of the island to try to identify where disturbances occurred, which ultimately culminated in a 2021 summer of field work on the island, Ragle said.

Workers spent 65 days over the summer investigating the extent of contamination there.