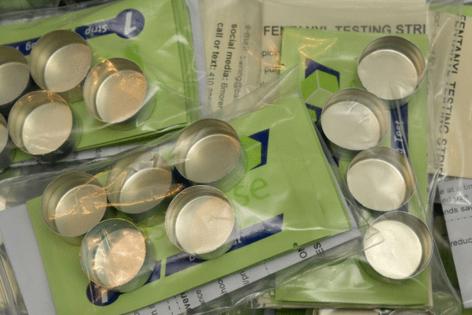 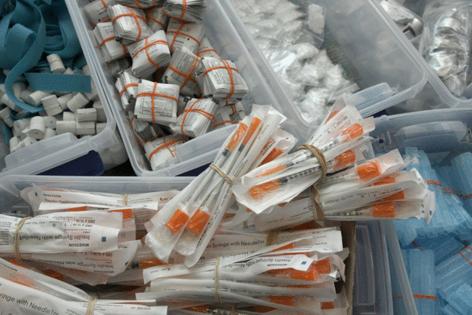 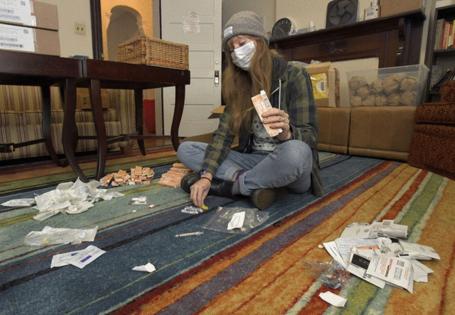 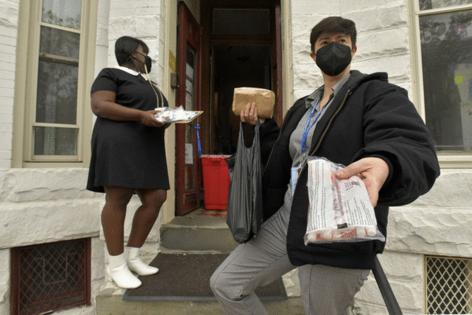 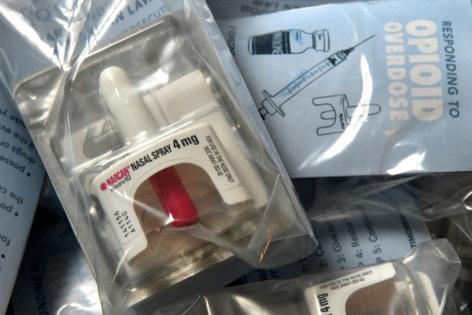 BALTIMORE — When state lawmakers return to Annapolis for a special legislative session next month, they’ll face a question that has vexed some of them: Should they decriminalize needles, syringes and other supplies used by people who use drugs?

A majority of lawmakers approved a bill last spring that removes certain supplies from the list of banned drug paraphernalia in Maryland. But it was not approved by a big enough margin to ensure the legislature could overturn the veto from Gov. Larry Hogan that came soon after.

Those who work to help people who use drugs have been writing letters, making phone calls and posting on social media in hopes of drumming up support to overturn the veto.

“Science has confirmed this is a chronic, relapsing disease. We need to be more compassionate and treat people with dignity,” said Liz Bement, whose son, Alex Bement, died from an overdose in 2019. “Criminalizing paraphernalia is one way to push the people suffering from addiction further into the shadows.”

Bement works with a nonprofit, Love in the Trenches, that supports people with loved ones who have substance use disorder. Treating people who use drugs as criminals “keeps that cycle of shame and stigma going,” she said.

Maryland has gradually taken steps away from the “war on drugs” approach to addiction and the use of illegal drugs. The state has lessened penalties for many drug-related crimes while putting a greater emphasis on treatment and what’s known as “harm reduction” — keeping people who use drugs as safe and healthy as possible.

The state has 16 certified programs that hand out needles, syringes, straws and single-use, spoonlike cookers to people who use drugs. Clients of the programs are given a card to show any police officer they encounter that is supposed to keep them from being arrested.

But those cards are often lost or misplaced, and even with them, people still fear police interactions, advocates say. That’s why they believe it’s a better policy to allow anyone to carry the supplies without legal repercussions.

A policy note on the legislation said the Maryland State Commission on Criminal Sentencing Policy reported that during fiscal year 2020 in the state’s circuit courts, “11 individuals were sentenced to 11 total counts of possession or distribution of controlled paraphernalia” and three people “were sentenced to four total counts of a subsequent offense of use or possession with intent to use drug paraphernalia.”

Possession of drug paraphernalia is a misdemeanor punishable by up to four years in prison and a fine of up to $25,000.

Austria will impose fines on those without COVID-19 vaccinations from mid-March after a transition phase that starts in February, said Chancellor Karl Nehammer.

People unwilling to get inoculated will face penalties of as...Read More

CHICAGO — From the outside, there’s nothing to suggest the fire station often is left unstaffed, or that it is used for maintenance rather than as a base for firefighters and paramedics to go out on calls.

FORT WORTH, Texas — The FBI has identified the hostage-taker in Saturday’s standoff at Colleyville synagogue as Malik Faisal Akram, a 44-year-old British citizen.

LOS ANGELES — The eruption of an underwater volcano Saturday in a remote corner of the South Pacific touched off a powerful tsunami that roared across a large swath of the globe, putting millions of people from New ...Read More

LOS ANGELES — The scene was a stretch of railroad tracks in Lincoln Heights on Saturday: A blizzard of torn plastic wrappers, cardboard boxes and paper packaging attesting to a wave of rail car thievery that officials ...Read More