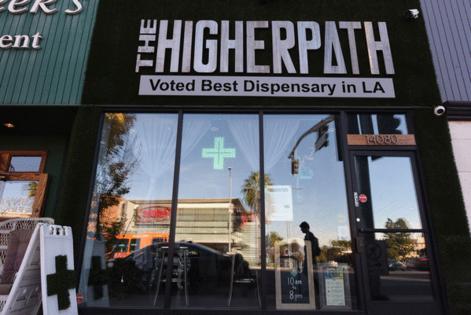 Out of the 482 cities in California, 174 of them allow some form of licensed cannabis business, says Hirsh Jain of Ananda Strategy.

Many of those cities allow only non-retail cannabis operations, such as manufacturing or distribution, "and so are arguably missing the most important part of the legal supply chain," Jain said.

That's because Proposition 64, the ballot initiative that legalized adult-use marijuana in the state, contained a provision that gave local jurisdictions the power to decide for themselves whether to allow retail cannabis activity in their boundaries.

Of the 10 largest cities in the state where there are no marijuana dispensaries, two are in the San Joaquin Valley, one is in the Bay Area, and the rest are located in Southern California, according to the website WeedMaps. Together, they account for more than 2.8 million people without immediate access to cannabis retail, outside of delivery.

"Access to legal cannabis and cannabis products throughout the state is important for public safety and to combat the illegal market," Warren said in a statement.

California cannabis industry advocates oppose the local control provision, with some asking Gov. Gavin Newsom and the Legislature to get rid of it.

But Elisa Arcidiacono of the League of California Cities said that local control "was a central promise in Proposition 64."

"In fact, to win additional support for the measure, the authors amended the original language to include the explicit right of cities and counties to ban marijuana-related businesses entirely if they chose to. So, if a city or county refuses to license cannabis companies in their jurisdiction, this is entirely in line with what voters approved when they legalized adult-use cannabis in 2016," Arcidiacono said in a statement.