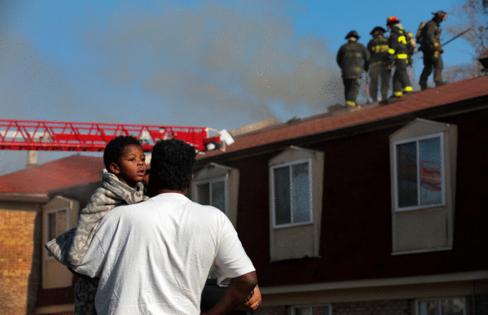 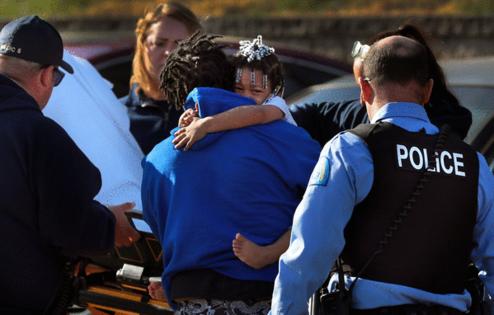 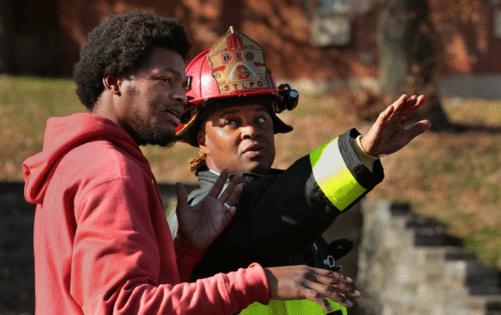 Arnez Merriweather, 30, caught the girl as he stood outside the Hillvale Apartments on Selber Court, at about 9:30 a.m. Monday. Merriweather lives at the complex in a building next to the one on fire.

Black smoke billowing from the eight-unit building was so thick that Merriweather and others couldn't get into a hallway to enter the complex.

"We (were) yelling at the windows to tell people to get out, and a woman came to the window and tossed the baby," Merriweather said.

Merriweather calls her a baby, but the girl is actually 3 years old. The girl, Tayliah Williams, and her mother, Latisha Williams, were taken away by ambulance for treatment of minor injuries. An older woman also was taken to a hospital for evaluation.

Once the blaze was extinguished, Merriweather spent several minutes at the scene talking with a fire official about what had happened.

St. Louis fire Capt. Garon Mosby lauded the heroic measures taken by the neighbor. Mosby gathered information at the scene and spoke to many witnesses who confirmed what Merriweather said.

"This young man was pretty instrumental in coordinating the rescues of several occupants," Mosby said. "It's good in the times we live in, when people are concerned with 'likes' and clicks and follows, that someone took action to better the situation."

The cause of the one-alarm fire is under investigation. It started in a vacant, boarded-up unit, and arson investigators are helping in the probe.