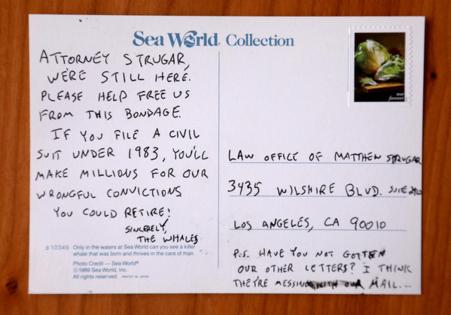 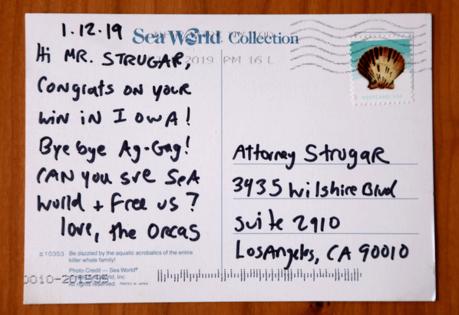 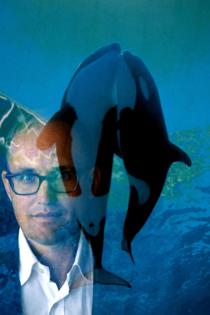 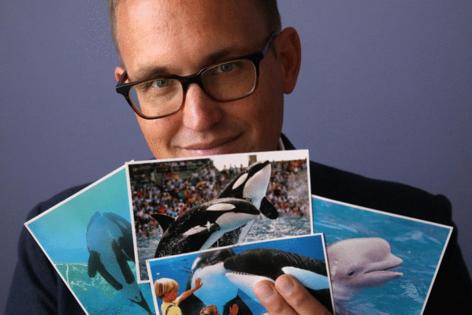 LOS ANGELES — In 2018, Matthew Strugar received a postcard from a whale.

The card came out of an old SeaWorld tourist pack, the kind with glossy pictures of animals doing tricks, purchased for excited kids by worn-down parents then tossed in a drawer when vacation is over. Its front showed two orcas, one big, one juvenile, jumping gracefully from the confines of their chlorine-blue pool as sunburnt 1980s patrons in tank tops snapped photos and gawked.

The back carried a plea for help:

"On the other side of this message is a photo of the humiliating activities that our captors force us to perform. Perhaps you can use this as evidence. Thank you for all the work you do for us. Sincerely, Your imprisoned orca clients."

It was not the only time the whales wrote.

Strugar, a civil and animal rights attorney in Los Angeles, had made waves in the animal rights scene eight years earlier by suing SeaWorld on behalf of five orcas held in captivity. He argued their confinement and forced performances violated the U.S. Constitution's 13th Amendment prohibition of slavery and involuntary servitude.

The suit was lambasted by some as more stunt than law, and dismissed by a judge who ruled the amendment applied only to humans.

Strugar said he did it on behalf of PETA's Foundation to Support Animal Protection, to raise awareness of what he considers the brutality of holding animals like the orcas in unnatural settings that he argued can harm their physical and mental health.

Despite its legal downfall, the suit marked the beginning of years of negative publicity and financial hardship for SeaWorld, which eventually pivoted away from its reliance on large animal shows.

"There are sort of creative ways to use the legal process to advance movements and points," Strugar said. He was gratified that the judge heard his logic and "didn't take it unseriously."