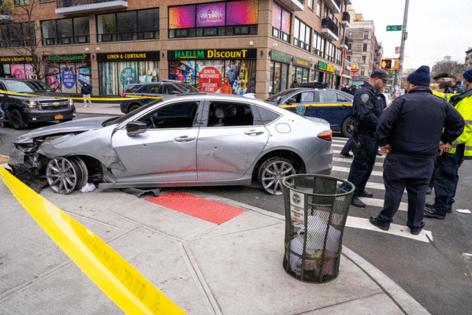 The trooper was struck on the bridge that connects Manhattan with Queens and the Bronx just before 1 p.m., according to a state police statement. Nobody was struck when he opened fire in response, but an Acura speeding away was hit multiple times.

Two men in the vehicle were taken into custody.

The trooper was hospitalized with minor injuries.