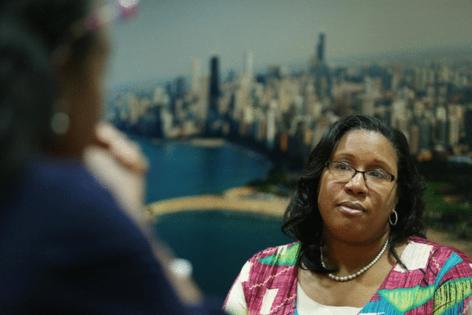 Treasurer Melissa Conyears-Ervin dismissed her chief of staff, Tiffany Harper, in late 2020, as well as three other workers, as part of what she called an office shake-up. Harper and Ashley Evans, the treasurer’s former chief impact officer, alleged that their firings “violated the Illinois whistleblower act, federal laws, and a city ordinance,” according to a copy of their settlement agreement with the city.

Lightfoot’s Law Department settled the case last month, records show. Harper and Evans will each get $41,000 while their attorney will get $18,000 shows.

The agreement between the workers and city officials stipulates that Harper and Evans must keep the agreement confidential.

“If individuals other than Harper’s and Evans’ attorneys, tax advisers, or immediate family members living in their homes ask about this matter, they will inform them only that the matter has been resolved,” the agreement said.

It’s not clear what Harper and Evans specifically allege happened. But in an email to Steve Berlin, executive director of the city’s ethics board, Harper said she believes she and two other officials were let go “without cause or reason.”

“I have no doubt that our terminations are related to our refusal to participate in the illegal and unethical conduct that we discussed with you earlier this fall,” Harper wrote in the email, first reported on by the Tribune last year. “As such, I would like to preserve my right to file a whistleblower complaint with the Board of Ethics as well as request steps for filing such a complaint.”

Harper did not elaborate in her email about her allegations or identify who might be the subject of her complaint.

Harper’s and Evans’ attorney did not immediately return a message seeking comment. Neither did Conyears-Ervin’s spokeswoman.

Conyears-Ervin previously denied the general allegations in the email and said it isn’t unusual to make staff changes.

A Law Department spokeswoman released a statement saying the city “regularly evaluates both filed actions and threatened litigation in conjunction with the fiduciary duty to act in the city’s best financial interest to resolve such matters.”

“Importantly, reaching a settlement is not an admission of liability and this is reflected in the terms of the actual agreement,” the statement said.

Because the settlement is $100,000, it does not require City Council approval.