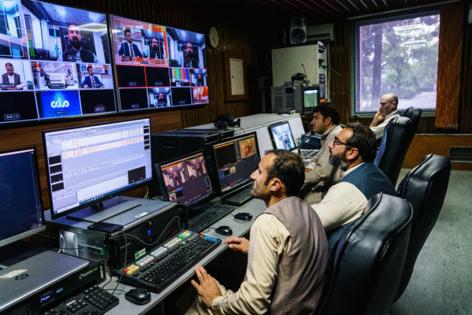 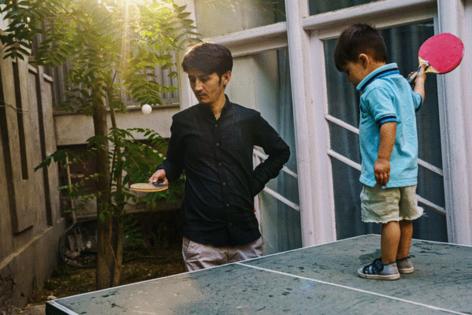 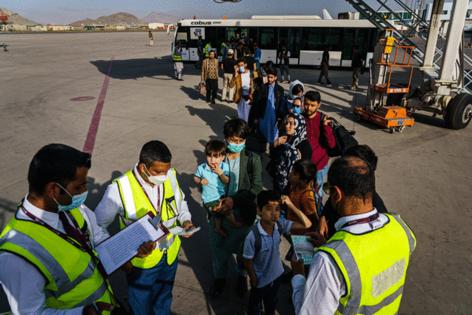 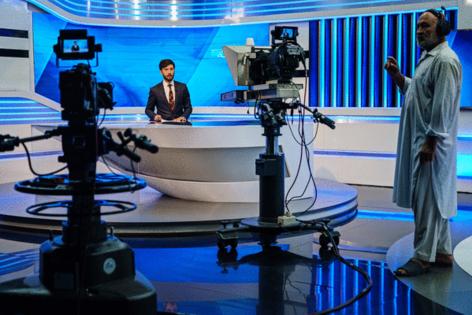 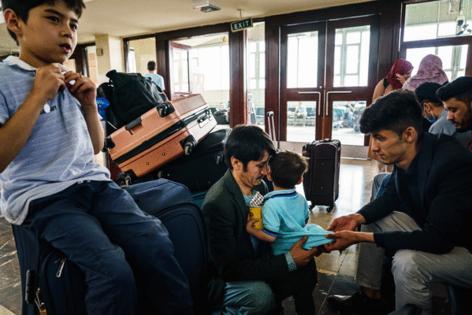 He woke up early and gathered his family’s luggage. He kept his farewells with his parents short. “I couldn’t see my father cry,” he said. He told his mother he wouldn’t go if she didn’t stop sobbing.

Twenty minutes later, he was at the office of Etilaatroz, the newspaper he founded in 2012, which had grown to become Afghanistan’s second-most-read daily. At 8 a.m., only the office staff was there. They cried as he took his leave.

The decision to take his family and escape Afghanistan wasn’t an easy one for Daryabi. When the Taliban entered Kabul in mid-August, the 31-year-old father of three refused a seat on an evacuation flight. But then Taliban members brutally beat two Etilaatroz journalists, one of them Daryabi’s own brother. In the weeks afterward, his family kept pleading with him to find an escape route out of Afghanistan.

“They suffered while I remained in Kabul,” he said. When an evacuation flight opened up in early October, “I couldn’t ignore their request.”

Daryabi’s departure was another blow for Afghan journalists struggling to navigate their country’s wholly changed environment. Since the Taliban’s takeover of the capital, mainstays of the media landscape like Etilaatroz — many of them buoyed by Western aid and considered one of the few tangible successes of the U.S.’ 20-year attempt to remake Afghanistan — have been forced to reassess how they can function in the new Islamic Emirate, if at all.

Many have decided they can’t. The last two months have seen the shuttering of more than 150 media organizations — some 70% of the country’s news outlets, according to the Afghan Journalists Safety Committee. Like Daryabi, now in a refugee camp in Doha, hundreds of journalists have left, joining an exodus of about 120,000 people — professionals, activists and others from the ranks of Afghanistan’s nascent civil society who see no place for their ideas under the Taliban.

Those who remain must contend with Taliban masters trying to have it both ways: eagerly courting favorable coverage, especially internationally, through unprecedented news conferences and assurances of amnesty for adversaries, while also imposing strict control over what kind of news and programming are allowed in the country.

Last month, the Taliban issued 11 edicts to the media that included proscriptions on publishing or broadcasting reports which are “in conflict with Islam,” insult “national personalities” or “have a negative effect on the public.” Outlets are supposed to prepare their reports “in coordination” with the new government’s media center.

“The new rules are suffocating media freedom in the country,” Patricia Gossman, associate Asia director at Human Rights Watch, said in a statement this month. “The Taliban regulations are so sweeping that journalists are self-censoring and fear ending up in prison.”