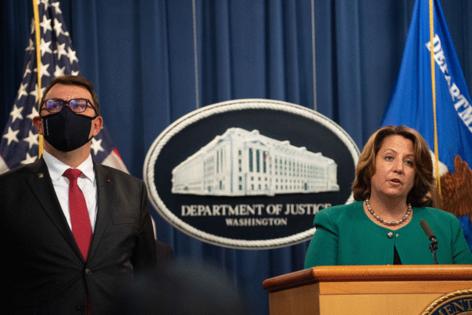 WASHINGTON — Justice Department officials announced on Tuesday the arrests of 150 people and the seizure of more than $30 million in an international investigation targeting drug trafficking on the darknet.

Operation Dark HunTor led to 65 arrests in the United States, one in Bulgaria, three in France, 47 in Germany, four in the Netherlands, 24 in the United Kingdom, four in Italy and two in Switzerland, officials said. A number of investigations are still ongoing.

The operation “prevented countless lives from being lost to this dangerous trade in illicit and counterfeit drugs because one pill can kill,” Monaco said.

Many of the counterfeit pills were made to look like common prescription drugs, said Anne Milgram, the administrator for the U.S. Drug Enforcement Administration.

“We cannot stress enough the danger of these substances,” Milgram said. “These are the drugs that are driving the overdose crisis in America.”