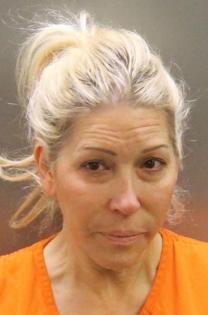 SAN JOSE, Calif. — For months, they thought Shannon O’Connor was the adult in the room. As far as they knew, their 14- and 15-year-old kids were hanging out with the Los Gatos mom’s charismatic freshman quarterback son, playing ping pong and swimming at the family’s $4.7 million French Colonial-style home in the hills.

Little by little, their kids’ strange behavior hinted that something disturbing was going on.

They eventually discovered how O’Connor had befriended their kids on Snapchat, luring the teens to parties with their favorite beer and showering the girls with roses and jewelry from Tiffany & Co., even whisking a group off to a secret alcohol-fueled party at Lake Tahoe.

Now, interviews with three of the parents reveal their astonishment when they discovered what prosecutors say was really happening: A 47-year-old social-media-savvy mom had manipulated their kids into frequenting a party house of underage binge drinking and drunken teenage sex.

“It just infuriates me,” one of the girl’s mothers said. “They just thought she was a cool mom.”

The parents’ accounts add a new layer to the startling allegations against O’Connor detailed this month in a 39-count criminal complaint that has shocked one of the South Bay’s toniest communities. The Bay Area News Group is not naming the parents interviewed for this article and is also identifying O’Connor by her maiden name to avoid identifying the kids involved, whom prosecutors consider abuse victims.

While the smell of alcohol eventually tipped off some parents to what was happening at O’Connor’s home, it was their kids’ smartphones — the quintessential Silicon Valley accessory — that revealed her role in orchestrating the lurid gatherings.

“She’s really good with the phones. She’s a pro with social media,” said one girl’s mother. “She tries to put a wedge between the parents and children. She’s a predator.”

O’Connor was arrested Oct. 9 in Idaho, where she had recently moved with her two sons. She was back in Santa Clara County last week to answer the criminal complaint accusing her of hosting drunken parties for teens and manipulating the kids into sex acts with each other. Other times, the parents and court records claim, she supplied the kids with alcohol and left them on their own.

O’Connor offered no plea, was denied bail, ordered not to contact the 15 alleged victims and scheduled for a Dec. 17 hearing. If convicted she could face more than 20 years in prison and have to register as a sex offender.