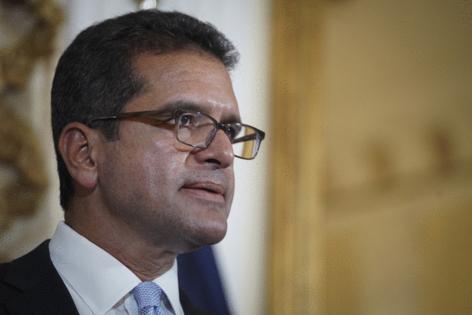 SAN JUAN, Puerto Rico — A plan to pull Puerto Rico out of the bankruptcy that has strangled its economy for years appears in serious jeopardy, facing opposition from politicians and other critics who contend that it doesn’t go far enough to protect government pensions and services and could put the island deeper in debt.

Puerto Rico’s House of Representative leadership proposed a bill it negotiated with the Financial Oversight and Management Board for Puerto Rico, or FOMB, a federally appointed body that oversees the island’s finances since 2016. It passed 30-15 in the House this week, but legislative leaders say it doesn’t have enough support to pass the Senate.

The oversight board, in a statement, had warned the island would face dire financial consequences if the Senate didn’t approve the proposal by Friday, saying, “As a result, Puerto Rico would remain in bankruptcy and the burden of unsustainable debt will remain on the shoulders of all Puerto Ricans, threatening economic progress on the island.”

There was no vote.

Gov. Pedro Pierluisi, who leads the pro-statehood New Progressive Party, supports the bill, which was authored by the pro territorial-status-quo Popular Democratic Party. Despite the impasse, Pierluisi wasn’t ready to pronounce the effort dead.

“It is obvious to me that the next step is for the leadership of the House and the Senate to agree to make a couple of minor but necessary modifications to the measure to obtain its approval by both legislative bodies,” he told The Miami Herald in a written statement. “As soon as that happens I will give my signature.”

Supporters say they hope the law will put an end to the island’s debt woes and the oversight board’s tenure while also safeguarding retiree pensions and the public university system. The bill includes no pension cuts for retired public employees, a total allocation of $500 million for the University of Puerto Rico for five years, and additional funding for municipal waste management services. There is also $1 million for the Puerto Rico Health Department to carry out a study on how to establish a universal health care plan.

The debt adjustment plan would reduce the island’s outstanding debt from $33 billion to $7 billion and limit annual government debt payments to $1.15 billion a year, according to the oversight board. Bondholders would receive more than $7 billion in cash upfront, while the House Project 1003, known as the “Law to End the Bankruptcy of Puerto Rico,” allows for the issuance of $7.4 billion in new bonds — a key component of the adjustment plan as it stands.

“When a person wants to refinance their debts, they have to take out a new loan to pay off the old loan,” explained Jose Caraballo Cueto, a professor and economist at the University of Puerto Rico. “In the case of the government, in order to restructure an old debt, it has to issue a new bonds. And that’s the new debt. In the case of the government, it is a law that must be passed.”

But critics of the bill — which include legislators from multiple parties — say it could lead to another debt and austerity measures that slash essential public programs and services. Local groups and unions opposed to the project celebrated the legislative roadblock, saying it was the result of their protests and political pressure.