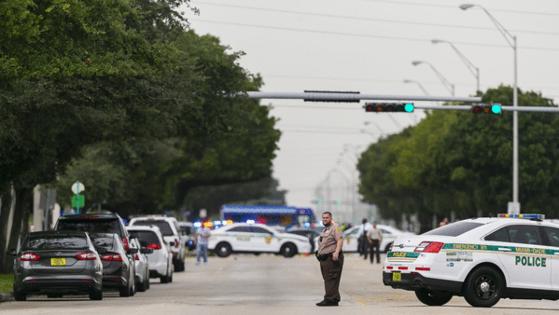 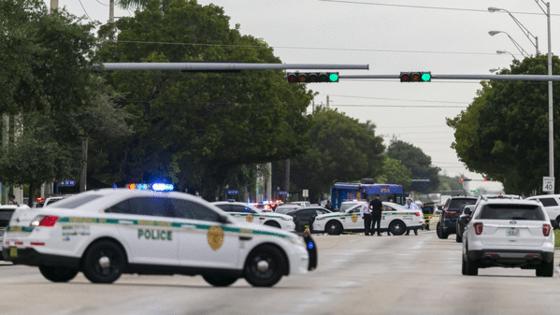 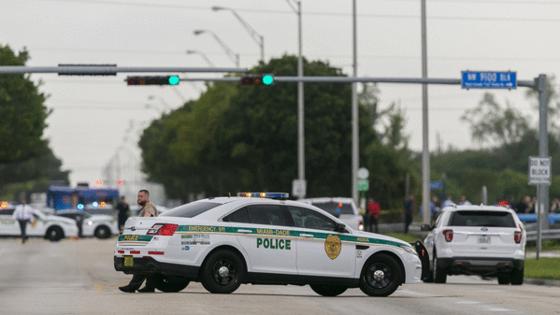 Both officers are expected to survive. One officer was injured in the face by shrapnel or broken glass. The other was shot in the chest, arm and leg — but he was saved by his bulletproof vest, Doral spokesman Rey Valdes said. That officer was rushed to Jackson West, and then later transported to Ryder Trauma Center in serious but stable condition.

Authorities have not officially identified the gunman but multiple law enforcement sources said he is believed to be Yordany Rodriguez Perez, 24, of Hialeah.

The shooting happened just past 11 a.m. on Northwest 25th Street at 92nd Avenue — right next to Miami-Dade police headquarters.

It started minutes earlier when the shooter had apparently threatened to shoot up his former workplace, City Electric, in Sweetwater. He was pulling up in his black BMW, one source said, and saw a truck pulling out of the parking lot. The BMW began chasing the truck, firing at the vehicle as it drove through the streets.

“These two gentlemen had some sort of beef between them,” Valdes said. It was not clear, however, what the dispute was or even if the two men knew each other, sources said.

Fearing for his life, the man in the truck pulled into the Miami-Dade police headquarters and ran into the lobby. Doral police officers had spotted the wild chase, as the BMW crashed into a tree.

“Witnesses say that at one point he jumped on a police car’s hood and started shooting from there,” one law enforcement source said.