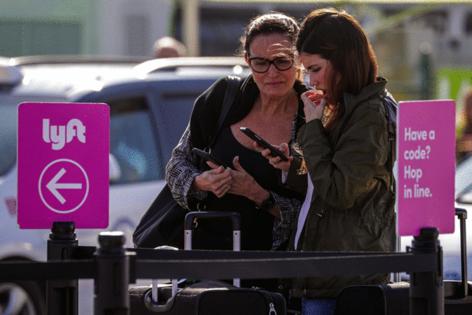 Although reported sexual assaults made up less than 1% of the ride-share giant’s completed U.S. trips in 2019, the latest year for which the report accounts, there was a significant uptick between 2017 and 2019.

“Most serious safety incidents ... are statistically very rare,” the report noted, adding, “Behind every number, there is a person who experienced that incident. Put simply, even one of these incidents is too many. That is what drives our relentless work to continuously improve safety for riders and drivers.”

All numbers recorded came from reports made directly to the company, brought to its attention via law enforcement, or found through “proactive investigation,” like monitoring social media.

The company’s report also detailed statistics for motor vehicle fatalities, per 100 million vehicle miles traveled, and fatal physical assaults — which stood at 4 in 2019, up from 3 in 2017 and 2018.

The company in early 2020 formed the Safety Advisory Council, which it says it consults about background check processes, ride verification technology, and more.

Hundreds of truckers who haul goods at Southern California ports and railyards are petitioning to unionize, hoping to convince federal authorities they’re really employees and not contractors as their company claims.

DETROIT — School officials did not discover ammunition on display by Ethan Crumbley the day before the Nov. 30 Oxford High School shooting, the district's superintendent wrote in a statement disputing multiple ...Read More

CHICAGO — A group of Chicago civil rights attorneys signed a letter to Mayor Lori Lightfoot Wednesday asking her to withdraw an ordinance introduced in September that aims to allow the fining of gang members and gives ...Read More