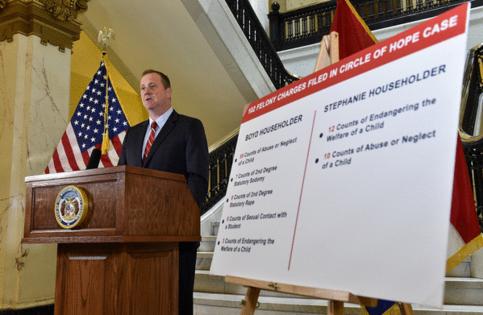 Schmitt’s office would not immediately release a tally of the costs, directing The Kansas City Star to file a public records request for the information. But his spokesman defended the trip as in the security interests of Missouri residents.

“The trip was paid for by the State, because it was a lawsuit filed by the State of Missouri on behalf of the people of Missouri,” spokesman Chris Nuelle said in an email. “Further, I booked the cheapest possible accommodations (I stayed at the La Quinta Airport) for this trip to reduce the money spent. Securing the border has far reaching national security implications, including in Missouri, and the focus should be on Joe Biden’s failure to secure the border.”

Schmitt joined Texas Attorney General Ken Paxton in El Paso to announce the lawsuit, which they filed jointly in the U.S. District Court for the Southern District of Texas.

Schmitt, who is running for U.S. Senate, has filed or signed onto a series of lawsuits that associate him with the agenda of former President Donald Trump, who remains extremely popular in Missouri.

The suits include challenges to China, mask mandates and immigration policy. He has worked closely with Paxton, who led the baseless lawsuit seeking to overturn the 2020 election. Thursday’s filing follows a previous lawsuit from Schmitt and Paxton that has forced the Biden administration to reinstate the Trump-era “Remain in Mexico” policy for asylum seekers.

At a Republican dinner earlier this year, Schmitt vowed to take “a blowtorch” to Biden’s agenda.

This latest suit argues that Biden’s decision to halt construction on the border, a signature Trump policy, was unlawful because the project is mandated under the Consolidated Appropriations Act of 2021, which took effect in December of 2020. The measure designated $1.4 billion for a border wall.

The Government Accountability Office, a nonpartisan congressional agency, issued a legal recommendation earlier this year that Biden’s pause to border wall construction did not violate the law.