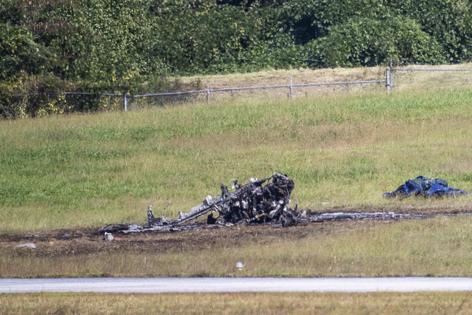 A preliminary report released Thursday by the National Transportation Safety Board said the 1978 Cessna 210′s original engine had recently been changed out and the conversion was completed July 19.

An airport security surveillance video showed the airplane lifting off about 1,000 feet before it rolled left, flipped upside down and crashed nose first next to the runway, according to the report.

Jonathan Rosen, 47, the plane’s pilot and owner, died in the crash, as did his 14-year-old daughter Allison. Lauren Harrington, 42, and Julia Smith, 13, were also on the plane, according to the medical examiner’s office.

Daniel Boggs, air safety investigator for the NTSB who is leading the probe of the crash, said he believed the passengers were on a personal family trip to Houston.