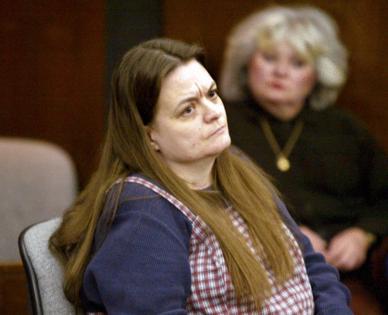 COLUMBUS, Ohio — A Columbus woman who has served 18 years in prison after a jury convicted her of shaking a 9-month-old girl to death in 2002 was freed from prison Thursday after a key expert witness for the state recanted his testimony.

After a medical doctor whose testimony was critical in the conviction of Kim Hoover-Moore filed an affidavit recanting his testimony, the Franklin County Prosecutor's office conducted its own investigation.

That investigation included consulting an additional expert and reviewing the evidence presented at the trial. Two other key witnesses who testified at the trial have either passed away or were otherwise unavailable.

The internal investigation led the office to not oppose Hoover-Moore's motion for a new trial — and to dismiss the indictment altogether.

Franklin County Prosecutor G. Gary Tyack, who once represented Hoover-Moore in her direct appeal to the Tenth District Court of Appeals, recused himself from the process.

The decision to dismiss the indictment "was not made lightly, and was made only after careful deliberation," according to a written statement from Tyack's office. "It is important to emphasize — and the defense has agreed — that the original evidence was strong enough to warrant prosecution and that there was no misconduct by either law enforcement or the (Franklin County) Prosecutor's office."

The Columbus Dispatch left a phone message Thursday night with Columbus attorney Samuel B. Weiner who represented Hoover-Moore during her jury trial.

On the night of Nov. 29, 2002, Hoover-Moore called Columbus Fire paramedics to her North Side apartment, stating she noticed something wrong with one of the children she was babysitting. Paramedics took 9-month-old Samaisha Benson to Nationwide Children's Hospital with severe head injuries, where she died two days later on Dec. 1.

Hospital officials told The Dispatch at the time that the child arrived with a fractured skull and a swelling brain, having been shaken so hard that the blood vessels in her eyes had burst. The girl had also been slammed against a hard surface, The Dispatch previously reported.

Hoover-Moore was charged that December with murder, involuntary manslaughter, felonious assault and endangering children. After a weeklong trial in November 2003, it took a jury two hours to come to a guilty verdict and Hoover-Moore was sentenced to 15 years-to life in prison.

Hoover-Moore has maintained her innocence, however, and in 2017 her fight to prove her claim gained the support of Ohio Public Defender's Wrongful Conviction Project.

During the trial, Hoover-Moore's attorney argued that Samaisha's father could have shaken her earlier in the day. His marriage to Samaisha's mother was reportedly falling apart, The Dispatch reported at the time, and her mother once told police that he'd assaulted her.

Before her arrest, Hoover-Moore told The Dispatch that when Samaisha and her 2-year-old sister were dropped off by their parents that night, Samaisha's head was covered and she appeared to be asleep. Hoover-Moore had said she called 911 an hour later, when she tried to wake the child and place her in a high chair.

The jury decided that the medical evidence pointed to the babysitter after the Franklin County Coroner's office determined the child died of shaken-baby syndrome and medical and child abuse experts — including two Nationwide Children's doctors — testified at trial that the extent of the injuries would have occurred while she was in Hoover-Moore's care.