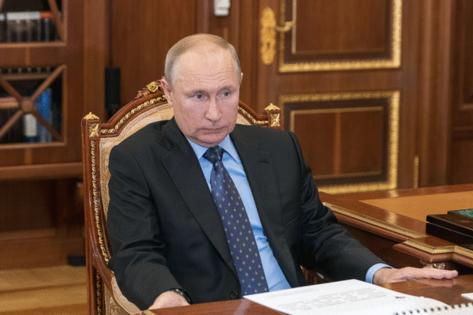 MOSCOW — Russian President Vladimir Putin said abolishing the veto power of the five permanent members of the U.N. Security Council would mean the end of the world body, as he railed against Western liberal values and extolled “moderate conservatism.”

Energy markets are an example of a capitalist model that has exhausted itself amid widening divisions between the rich and poor, Putin told a meeting of the Valdai Club discussion group in Sochi, Russia, on Thursday. Russia was striving, like many northern European countries, to build a social state that met citizens needs, he said.

Relations with the U.S. were “on the whole, on the right track” following his Geneva summit in June with President Joe Biden, Putin said. While there were setbacks, “we are still moving along on the general agreements,” he said.

The current U.N. framework with Russia, China, the U.S., France and the U.K. holding a privileged status reflects the situation after World War II, Putin said. While he said rising powers such as India and South Africa have a right to greater representation, Putin rejected criticism by Turkish President Recep Tayyip Erdogan of the U.N.’s existing operation.

The U.N. “would die that very same day” if the so-called P5’s veto was removed, Putin said.

“I am convinced that we need to fight for true values, defending them with all our might,” Putin said.