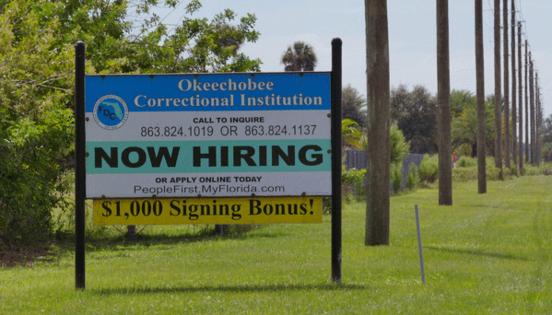 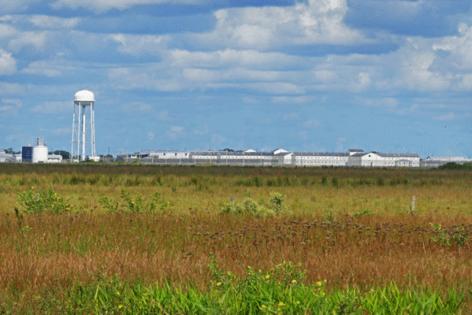 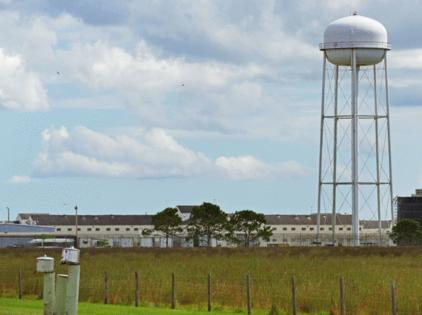 MIAMI — Sherice Latimore was on her way to Ikea with her daughter when her phone rang. It was a call from the Okeechobee Juvenile Offender Corrections Center. The line disconnected, but not before the caller could tell her that he loved her — and that he feared for his life.

Each time she attempted to get him back on the line, she said, an employee answered and immediately hung up, nearly 20 times. Latimore made a U-turn to drive from Miami to the farmland-bordered Okeechobee facility, a high-security program for 13- to 21-year-old boys tucked behind Okeechobee Correctional Institution, a state prison.

Around 5:30 p.m., about 20 youths had begun tossing furniture, smashing light fixtures, banging on windows and breaking open room doors. That’s how her son and others were able to get to the office phone.

Thirteen Okeechobee County Sheriff’s deputies were called in to regain control of the facility. Along with officers from the adjacent prison, they arrived with police dogs and pepper ball guns, but placed the youths back in their rooms without any injuries, according to incident reports.

Latimore’s son later told her that he participated in the riot because it was the only way to call attention to the constant abuse of detainees there, she said.

“They were abusing them,” she said about the staff. “They weren’t feeding them. Everything that they were supposed to be doing, they were not doing.”

After an investigation by the Department of Juvenile Justice’s Inspector General found “possibly systemic problems,” DJJ quietly replaced the operator, TrueCore Behavioral Solutions. But TrueCore is still a central player in Florida’s largely privatized juvenile justice network. It remains in charge of nine other facilities and holds contracts worth $350 million. At one of those facilities in Miami-Dade, a TrueCore staffer was arrested this year on a charge of sexually abusing a female detainee.

Department of Juvenile Justice records reviewed by the Miami Herald show that, in the months leading up to the riot, boys reported being threatened, beaten, jumped and choked by staff. All those allegations were deemed “inconclusive” or “unsubstantiated” when staff denied them, and the investigations were closed with no action taken.