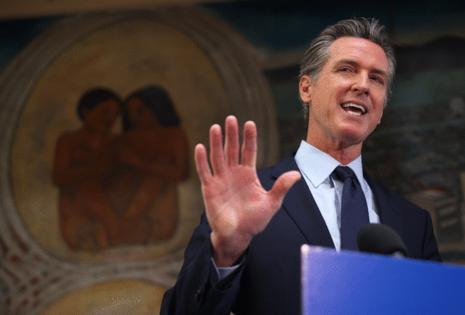 SACRAMENTO, Calif. — Gavin Newsom put California’s health care industry on notice when he was a candidate for governor, vowing in 2018 to go after the insurance companies, doctors and hospitals that leave many Californians struggling with enormous medical bills and rising insurance premiums.

He pledged to lead California’s single-payer movement, a high-stakes liberal dream that would eliminate private health insurance and slash how much providers are paid. The tough rhetoric continued after he was elected, when Newsom told insurers to “do their damn job” to improve mental health treatment or face fines, and he vowed to cut the health care industry’s soaring revenues.

“We’ve got to get serious about reducing health care costs,” the first-term Democrat said in January 2020 as he unveiled his proposal to establish an Office of Health Care Affordability that would do the unthinkable in a system powered by profits: set caps on health care spending and require doctors and hospitals to work for less money. “We mean business.”

Industry leaders were rattled. But rather than mobilize a full-throttle defense to sink Newsom’s effort to regulate them, they have used their political clout and close ties with the governor to devise a friendlier alternative that doctors, hospitals and insurance companies could live with.

When Newsom ultimately drafted legislation for the office, he took an idea health care executives had pitched and made it his own: Instead of capping prices or cutting revenues, he would allow industry spending to grow — but with limits.

Political infighting killed the legislation this year, but it is expected to come back in January and spark one of next year’s blockbuster health care battles.

“They’re fearful of what might happen to them, and they’re trying to protect their interests because they’re threatened,” David Panush, a veteran Sacramento health policy consultant, said about health care industry players. They know “there’s blood in the water and the sharks are coming.”

If Newsom’s plan to rein in health care spending succeeds, it could provide him some political cover as he campaigns for reelection next year, giving him a major health care win even as he sidesteps progressive demands such as creating a single-payer system.

But it could also cement the power of an industry that continues to wield immense influence — negotiating behind the scenes to protect its massive revenues and secure exemptions and side deals in exchange for its support.

“Every time we try to do something to reduce health care costs, it meets with huge opposition,” said state Assembly member Jim Wood, D-Santa Rosa, head of the Assembly Health Committee, who is working closely with the Newsom administration on this proposal.