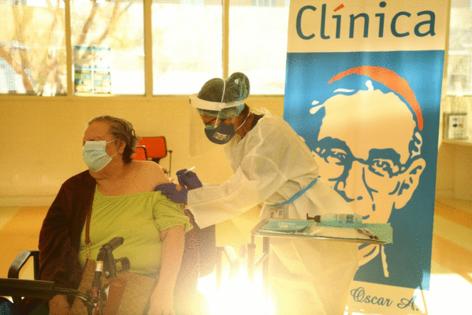 Community clinics in California say they haven’t been paid for at least 1 million COVID-19 vaccine doses given since January, creating a “massive cash flow problem” for some and complicating efforts to retain staff. Clinics in other states, including Michigan and Mississippi, are also awaiting payment.

The delays stem from the distinct way federally qualified health centers are reimbursed for care under Medicaid, the joint federal-state program providing health coverage for low-income people. Some centers are not even billing for the shots because they say it’s too complicated.

Clinics are owed tens of millions of dollars, at minimum, for shots they’ve given since the vaccines received emergency authorization.

Of the roughly 70,000 doses administered by La Clínica de la Raza, an organization with more than 30 Bay Area locations, almost none of those costs have been reimbursed, chief financial officer Susan Moore said. And the clinics don’t expect to receive reimbursement for around half of those shots because they were administered to the community without collecting insurance information. The extra staff time and supplies were covered with grant money.

“We were monitoring our cash very closely,” Moore said. “Early in the pandemic I was very concerned, but by the time the vaccine came out, it was clear to me that we were going to have enough cash in the short term.”

The Biden administration has relied on the clinics to boost vaccination rates among racial and ethnic minorities and people living in poverty. Health centers have administered nearly 15 million vaccine doses, federal data shows, although it is unclear how many of those were given during a patient visit.

Under federal law, the government pays health centers a set rate for patient visits, each potentially costing hundreds of dollars. Many state Medicaid agencies have said that if a patient receives a COVID-19 shot along with other care, the clinic’s cost to give the vaccine is covered as part of its normal payment rate.

Troubles getting paid occur when the COVID-19 vaccination is the only service provided, officials say, such as during a mass immunization clinic.

Some states have told health centers they can bill Medicaid separately for each dose administered in that situation, such as at the Medicare payment level of approximately $40 per shot. But others, like Michigan and California, have endured a monthslong process with the Centers for Medicare & Medicaid Services to devise a payment formula for how much it costs a clinic to give a shot.