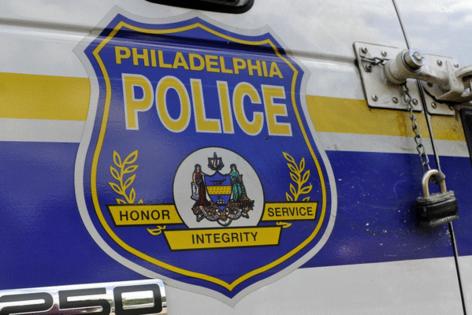 Last year, the city recorded 499 homicides, and in 2006 the total reached 406. Philadelphia has not had back-to-back years with that grisly tally since 1996.

"I am heartbroken and outraged that we've lost over 400 Philadelphians to preventable violence already this year," Mayor Jim Kenney said in a statement issued Sunday morning. "I want all residents to know that our administration takes this crisis very seriously and we're acting with urgency to reduce violence and save lives."

Philadelphia District Attorney Larry Krasner echoed that sentiment in a statement Sunday: "We should all be outraged that senseless, preventable violence continues to claim and break lives here in Philadelphia and in communities across the country that are also experiencing alarming increases in gun violence."

This coming week, Kenney said, the city will announce funding for more grassroots organizations working to stem neighborhood violence. In addition, the city is expanding its Group Violence Intervention initiative and Community Crisis Intervention Program, while the Police Department "is making significant arrests and taking a record number of illegal firearms off our streets."

Kenney urged anyone with information about "heinous acts of violence" to report it anonymously to 215-686-TIPS.

So far, the Saturday night homicide that pushed the city past 400 has not led to arrests, and no weapons have been recovered, according to the police report. Two men, one age 35 and the other about 28, were shot multiple times in the 2300 block of Jackson Street in South Philadelphia about 9:30 p.m. Both were taken to Penn Presbyterian Medical Center, where the younger man died of his wounds and the older man is in critical condition, police said.

At 11:20 p.m., another fatal shooting was reported at North 26th and West Silver Streets in the Strawberry Mansion neighborhood. Police have not yet issued a report.

Only 29% of homicides and 15% of nonfatal shootings have resulted in arrests by police so far in 2021, according to an analysis by Krasner's office.

If both fatal and nonfatal shootings are included, 1,696 people had been shot through Wednesday, according to police statistics. That is the second-highest total in any year since 2007, the year police began recording "shooting victims" as a separate statistic from the broader category of "aggravated assault with a gun."

Experts and officials point to many reasons for the surge in violence, which has been concentrated in neighborhoods with intractable disadvantages, including higher poverty levels, higher blight levels, and lower life expectancies. The reasons include stressors made worse by the pandemic; closures of schools, workplaces, courts, and other institutions that kept people away from feuds; increasing gun sales; and impaired trust in law enforcement after the George Floyd killing and protests.

Krasner stressed the importance of investing "vigorously and continuously in children."

"That means safe, structured learning environments for all kids, in buildings free of neurotoxins and where regular access to nutritious meals is a given," he said.

Krasner also said the criminal justice system must change. It must take advantage of forensic technologies to solve shootings that are not captured on camera or witnessed by bystanders; and shore up training and staffing for homicide and shooting investigations to increase arrests.

In his statement, the mayor closed by saying, "We are committed to working with all of our criminal justice and community partners to create a safer city for us all, and I extend condolences to all families suffering with enormous grief."

That suffering continued unabated into the early hours of Sunday morning. A 31-year-old woman was shot in the chest about 5 a.m. near the intersection of North Hancock and West Lippincott Streets in the Fairhill section. She was pronounced dead when she arrived at Temple University's Episcopal Hospital.

"It's too much homicide in Philadelphia. It's horrible. It's a crisis," Steve Au, owner of Best Season Expert Alteration in Chinatown, said Sunday afternoon during a community mural painting event in the neighborhood.

The 70-year-old former Hong Kong police officer said Philly police response is too slow, and that there should be more officers all over the city and more limits on gun possession.

May Lu, 24 and of South Philadelphia, works as a marketing specialist for delivery service Hungry Panda. She hears concerns about gun violence from drivers, one of whom was recently robbed at gunpoint in their car. She is not optimistic about prospects for change.