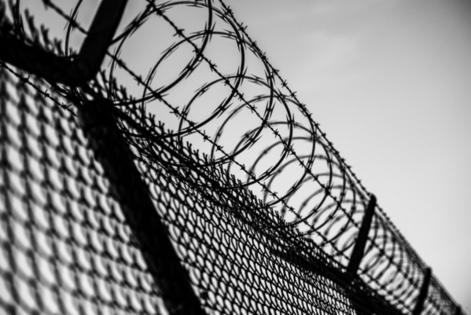 Trayvon Hall, 30, who federal prosecutors say led the Baccwest Eight Tray Gangsters in Southwest Baltimore, was serving a three-year sentence for a gun conviction when authorities obtained a racketeering indictment last fall that alleged he committed a murder and ran a crew that engaged in street violence, witness intimidation and recruitment efforts in correctional facilities.

Though Hall had been ordered detained pending trial in the racketeering conspiracy, the U.S. Marshals released him from custody when his gun conviction sentence ran out last week.

“Somehow, the U.S. Marshals didn’t check to verify whether there was anything else holding him, so they released him,” defense attorney Jose Molina said. “He was on the street from Thursday until yesterday.”

The mistake came to light Wednesday, when Hall was brought in for an initial appearance following his arrest Tuesday. He pleaded not guilty to the charges, for a second time.

The U.S. Marshals could not be reached Wednesday for comment.

The error put back on the street a man who prosecutors and police said “terrorized” Southwest Baltimore for years.

“The streets took notice that if u [expletive] wit them eight tray [expletives] they was goin [to] kill multiple ppl behind it,” Hall said in one message contained in the indictment.

Prosecutors allege that on July 6, 2018, Hall opened fire on members of a rival crew who were playing dice on Abington Avenue, killing Steven McKnight and wounding a second person. He used the same gun that had been used to kill another member of the Abington crew, Theron McClary, the previous summer, according to the indictment.

In the spring of 2016, Hall is alleged to have sent a text message saying that killing a Black Guerilla Family member was a prerequisite to being part of his gang, according to a federal indictment.

“To be a Tray,” he wrote, referring to the Eight Tray Gangsters, “u gotta bash a J,” referring to a code name for BGF members, prosecutors alleged. “That’s how we rocking now.”

He asked members on the text thread to send pictures of BGF members, and got back photos of Albert Pittman and Shyhiem Brown, prosecutors wrote. Within months, both men were gunned down in separate incidents, and Crips members shared newspaper links of the shootings, according to a federal indictment announced Wednesday.

“Just bashed the monkeys,” a co-conspirator wrote back after one of the killings, prosecutors alleged.