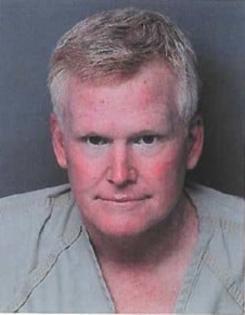 COLUMBIA, S.C. — A lawyer representing the two heirs of Alex Murdaugh's dead housekeeper and nanny said Tuesday he's located the missing judge's order that approved a $4.3 million settlement in a case where the heirs were to get $2.76 million but got nothing.

"I will be turning this order over to the South Carolina Law Enforcement Division," Columbia attorney Eric Bland said., "Given the fact that SLED is not only investigating the housekeeper's death, but also what happened to the money in the subsequent insurance settlement."

The judge's order showing that the two heirs of the late Gloria Satterfield were to get $2.76 million is important because those heirs — Satterfield's sons — in fact never got any money, Bland said.

A SLED spokesman could not be immediately reached for comment.

But last week, SLED Chief Mark Keel told The State that his agency is looking not only at how Satterfield died, but what happened to the money supposedly paid out in insurance proceeds.

"We are going to follow the facts, wherever they are," Keel said.

Satterfield, 57, died in February 2018 after a fall at the Murdaugh house, where she had worked for the Murdaugh family more than 20 years.