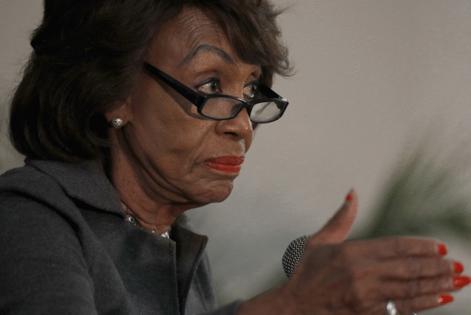 The bill also would use best practices from states and programs that have successfully curbed evictions to set a national standard for how applications for the federal aid are processed. That would force states to follow U.S. Treasury Department recommendations that some programs have ignored, such as the use of alternative documents to prove income and eligibility.

The main purpose of the bill, supporters say, is to speed up payments from the federal Emergency Rental Assistance Program, which has handed out only 11% of the available funds in six months of operation.

“There is no question that the funds are not reaching landlords and renters quickly or widely enough,” said U.S. Rep. Maxine Waters, a California Democrat, in a news release. Waters sponsored the bill and is chair of the House Financial Services Committee, which approved the measure earlier this week.

She said the U.S. Supreme Court’s decision last month to allow the eviction moratorium put in place by the federal Centers for Disease and Control and Prevention to expire has increased the urgency of her measure.

Rep. Warren Davidson, a Republican of Ohio, said the passage of the bill would be government overreach and detrimental to the free market.

“To restore economic and social harmony the state must return to its proper role, which means that people must accept responsibility for their own actions and respect the liberty and property of others,” Davidson said during the committee hearing.

There are no GOP sponsors of the bill, which passed the committee 28 to 22 on partisan lines. The legislation has not been introduced in the Senate.

In the second half of August, 3.6 million renters said they would likely be evicted in the next two months, according to the U.S. Census Bureau. More than 6 million households owed some $16.8 billion in rent debt, according to census survey data from early August analyzed by the National Equity Atlas, a data and policy tool maintained by the University of Southern California Equity Research Institute and the research firm PolicyLink.

Of the tenants behind on rent, 66% are people of color, 84% have low incomes and 51% are households with children, according to the atlas.

WASHINGTON — Six years ago, an unprecedented level of cooperation between the United States and China laid the groundwork for the Paris climate accord, a milestone in the fight against global warming.

But as final ...Read More

FORT LAUDERDALE, Fla. — A colony of wild monkeys in Dania Beach soon may get a permanent home, complete with fences, medical care and regular meals.

But the creation of a monkey sanctuary east of the Fort Lauderdale ...Read More

BOISE, Idaho — According to health experts and data, Idaho has one of the lowest vaccination rates for COVID-19 in the country. Current Centers for Disease Control and Prevention numbers show that about 43% of the state'...Read More

WASHINGTON — Three key senators released legislation that would require some U.S. companies to pay a minimum 15% rate on profits they report to their corporate shareholders, in lawmakers’ latest bid to find consensus ...Read More

COLUMBIA, S.C. — A South Carolina man arrested by the FBI in connection with the Jan. 6 Capitol riots has rejected an initial plea offer from federal prosecutors.