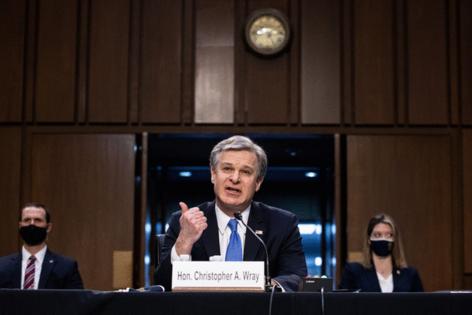 WASHINGTON — After conducting days of surveillance, performing DNA tests on a hard drive that was fished out of a dumpster, and searching through personal emails, FBI officials became convinced that visiting UCLA researcher Guan Lei belonged to the Chinese military and might be stealing American industrial secrets.

They couldn’t nail down evidence of espionage but secured an indictment against Guan for allegedly lying about having secret ties to the People’s Liberation Army. He was charged with visa fraud, making false statements and destroying evidence.

But in a sudden turnaround in late July, U.S. authorities summarily dismissed all charges. The Justice Department gave no explanation, issuing a brief statement that it had reevaluated the case, along with several others, and determined that “it is now in the interest of justice” to drop the matter.

Guan’s was one of five similar prosecutions against Chinese researchers — all but one in California — that were dropped over a two-day period in July. Earlier in the month, Justice officials dismissed charges against a Chinese American researcher in Cleveland accused of failing to disclose his affiliation with a Chinese university from which he had received funding.

And this month, a federal judge acquitted Anming Hu, a Chinese Canadian engineering professor in Tennessee, of charges stemming from allegations that he hid his joint academic appointment in China in obtaining research funding from NASA.

All seven failed prosecutions were part of the so-called China Initiative, a sweeping program launched in November 2018 under the Trump administration to counter theft of trade secrets, hacking and economic espionage.

Michael German, a former FBI agent who serves as a fellow for the Brennan Center for Justice’s Liberty & National Security Program, said the recent dismissals revealed how weak many of the cases were.

“Obviously, the FBI and Justice Department are under pressure to produce indictments against people with a so-called ‘nexus to China’ to match the political rhetoric sensationalizing the espionage threat from the Chinese government,” he said. “Even FBI analysts appear to have felt the investigators’ effort to connect these defendants to the Chinese military was overwrought.”

So what went wrong?