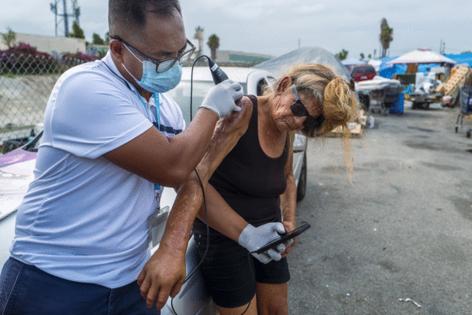 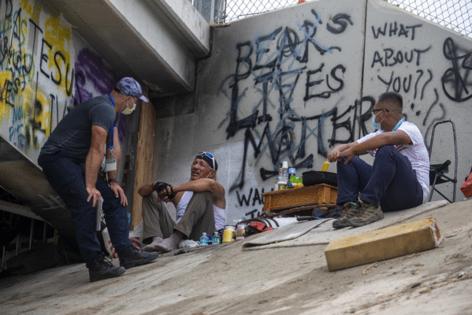 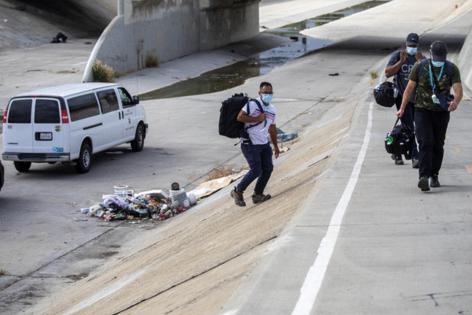 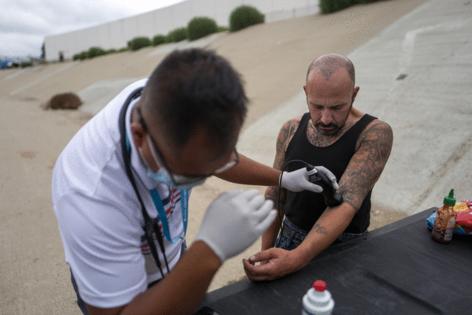 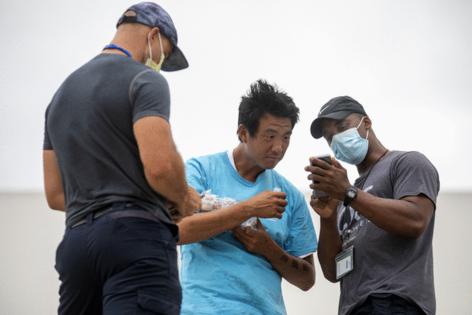 LOS ANGELES — Inside the white van parked in the concrete bed of La Canada Verde Creek, Wendy Ruvalcaba rooted in her bag for her phone as it chimed.

"Tell me you found her," the nurse said in answering the call.

Ruvalcaba and the rest of the street medicine team had spent hours trundling down the creek that Wednesday in their Los Angeles County Department of Health Services van.

They had gotten five people vaccinated against COVID-19 that day, climbing the steep slopes of the channel in this industrial stretch of Santa Fe Springs to offer the shots to people living in tents and under tarps.

They had stopped to offer medical care for swollen or twisted limbs, distributed meals wrapped in plastic, and handed out medicine that could reverse a deadly overdose.

But the nurse had been holding out hope, as the hours passed, that they would find her: the woman who had been booted from one encampment after another because of her screaming. The woman whose belly was steadily swelling.

"This is like the 10th time I've stopped to try to find her," Ruvalcaba said a few minutes before getting the call and hustling up the embankments to a makeshift shelter tucked away under a rumbling overpass.

Street medicine has been around in Los Angeles for years as health providers have tried to reach the surging numbers of people on the streets — more than 66,000 countywide in the last count. The Street Medicine Institute has tallied more than two dozen such programs across California.

For the L.A. County Department of Health Services, COVID-19 marked the beginning of its own street medicine teams venturing into encampments. Their hope is that it won't be the end. As of late August, health officials said roughly 25,000 homeless people across the county — about 38% — were fully vaccinated, a rate lagging behind the county average.

But the virus is just one in a battery of health threats to homeless people, who are nearly three times more likely to die than people of the same age and gender in the general population, according to an L.A. County Department of Public Health analysis. Another study that spanned a decade in Massachusetts found that people living on the streets had mortality rates nearly 10 times higher than the broader population.