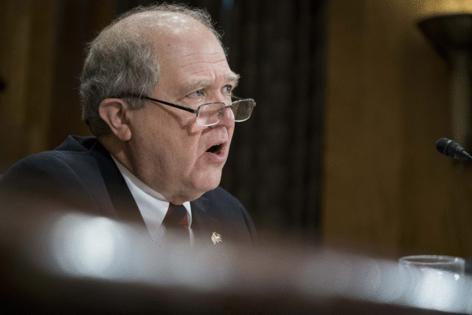 The United States may have completed its military withdrawal and chaotic evacuation from Afghanistan, but John Sopko, the special inspector general for Afghanistan reconstruction, intends to keep asking hard questions.

“There’s still a lot of money in the pipeline” slated for Afghanistan, Sopko said Tuesday during an event hosted by the government watchdog organization Project on Government Oversight. “There are a lot of questions that need to be answered.”

Congress created Sopko’s position in the fiscal 2008 National Defense Authorization Act to watch over the deluge of funding it was spending on reconstruction projects in Afghanistan. Sopko took over the role four years later.

The office will cease to exist once there is no more reconstruction funding to oversee, but in the meantime, Congress continues to want answers, particularly about the collapse of the Afghan Security Forces and police, in whom the U.S. had invested around $90 billion. It also wants to know what happened to American-supplied equipment, Sopko said.

“It’s a phenomenal amount of money that went out the door,” he said. “As far as we can tell, the spigots with the money flowing over there were open wide almost to the end.”

Sopko said that his staff has the expertise to continue even without the ability to visit Afghanistan, which is now under the control of the Taliban.

All told, the United States spent almost $150 billion over 20 years trying to remake Afghan society, only to see the government collapse within weeks of the announcement that all U.S. troops would depart by the end of August. Hamid Karzai International Airport in Kabul devolved into chaos as U.S. troops airlifted more than 122,000 people out before the Aug. 31 deadline.

Lawmakers from both parties are demanding answers about the handling of the withdrawal and evacuation, particularly after a suicide bombing at one of the airport’s gates killed 13 American servicemembers.