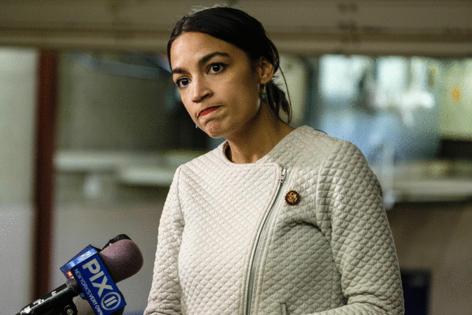 She was referring to recently reported comments from White House officials saying Democrats can “out-organize” Republican efforts to limit voting across the country.

“I appreciate the White House’s optimism, but I believe that it verges on naivete,” the progressive lawmaker told CNN’s “State of the Union.”

”Even if we are successful in, quote-unquote, out-organizing voter suppression, which is a ridiculous premise on its face, Republicans are already laying the groundwork … to overturn the results of any state election that they, frankly, do not like in states where they have taken power,” she added.

Ocasio-Cortez has repeatedly called for Congress to pass landmark voting rights legislation. House Resolution 1, known as the “For the People Act,” would strike down barriers to voting, restrict partisan gerrymandering and more. It passed the House in March.

With the bill stalling in the narrowly divided Senate, White House officials have reportedly been telling supporters to “out-organize” the GOP as Republicans across the country enact an unprecedented wave of restrictions on voting.

“We should be extremely alarmed,” AOC said of the Republican efforts, calling for “very strong voter provisions against gerrymandering” and “voter protection rights.”

She also took fellow Democrats to task for failing to extend the nationwide eviction moratorium.

The ban, which prevented an estimated 2 million Americans from losing their homes, ended on Saturday night.

The White House had urged Congress to take action, but it failed to do so over the weekend.

“The House and House leadership had the opportunity to vote to extend the moratorium ... and there was, frankly, a handful of conservative Democrats in the House that threatened to get on planes rather than hold this vote,” Ocasio-Cortez said.

“We have to really just call a spade a spade,” she added. “We cannot in good faith blame the Republican Party when House Democrats have a majority.”

A muscular police presence met scant protesters who headed to Capitol Hill on Saturday to support suspects in the deadly Jan. 6 attack on Congress.

The U.S. Capitol Police, who promised a robust security plan after ...Read More

LOS ANGELES — A magnitude 4.3 earthquake was reported Friday evening just before 8 p.m. in Carson, according to the U.S. Geological Survey.

The quake produced shaking that is considered moderate on the Modified Mercalli...Read More