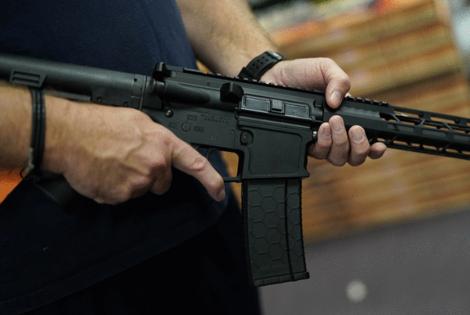 LOS ANGELES — Born of a long history of gun violence, California's pioneering assault weapons ban was enacted in 1989 after a herculean effort by lawmakers driven by outrage over a mass shooting at a Stockton elementary school.

Legislators said they had to overcome a yearslong grip on the Capitol by the National Rifle Association and shift strategies to pass the first-in-the-nation law.

But now, after a federal judge's ruling declared it unconstitutional, gun safety advocates fear California's trailblazing work is in jeopardy, concerned that the decision could help unravel decades of hard-fought progress here and across the country.

Last month, a three-judge panel of the U.S. 9th Circuit Court of Appeals put Benitez's ruling on hold pending decisions in gun cases that are now before the court.

Benitez's take on the law is not shared by most California voters, 56% of who don't believe that the assault weapons law violates the U.S. Constitution, according to a poll released this week by the UC Berkeley Institute of Governmental Studies and co-sponsored by the Los Angeles Times.

The state law prohibits the manufacture and sale of assault weapons, but allows those who possessed guns before they were restricted to keep them as long as they register them with the state.

As of December, there were about 185,569 assault weapons registered with the state Department of Justice.

Advocates for gun safety laws are concerned the ruling could lead to action by the U.S. Supreme Court that would put other state and federal gun laws at risk.

After California adopted the nation's first assault weapons ban in 1989, a half-dozen other states and the District of Columbia followed with similar laws, while Congress acted in 1994.