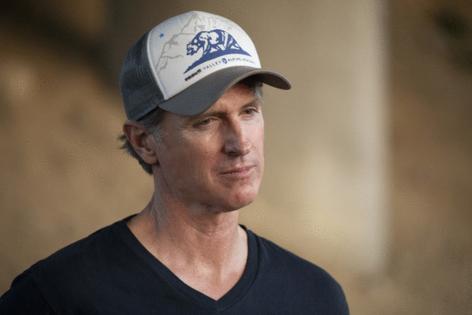 The governor signed an emergency proclamation that directs the state to reimburse California utilities for payments to customers that agree to ratchet down their energy usage when the power grid enters critical periods. Newsom's order also eases restrictions on the use of backup generators during energy squeezes, and directed state agencies to streamline the process for bringing new clean energy sources into the grid.

State officials have so far avoided a repeat of last August when a heat wave blanketed the West and triggered two nights of rolling blackouts in California. But there have been some close calls — notably the weekend of July 10, when temperatures soared and the Bootleg Fire in Oregon dramatically reduced power imports from the Pacific Northwest. At the time, officials with the Independent System Operator, which runs California's grid, said they were worried that Californians weren't responding to the ISO's voluntary Flex Alert program with sufficient conservation.

While the alert system "has been a useful tool," the state needs more conservation during moments of extreme stress on the grid, said Elliot Mainzer, the chief executive of the ISO. "Given the types of (energy) deficits we're facing, we're going to have to do more."

The state could face shortfalls of as much as 3,500 megawatts, enough energy for 2.6 million homes, according to Newsom's order.

Successive heat waves and the drought — which is cutting deeply into the state's hydropower capacity — are continuing to raise the chances of blackouts. The ISO recently put out a call for additional power supplies from generators and trading firms, which yielded about 600 megawatts of new electricity, Mainzer said. That's not enough.

"There's a finite amount of supply in the market," Mainzer said. "I don't think there's that much out there."

As a result, the state is turning to cash incentives — at $2 per kilowatt-hour, well above the average price of 14 cents paid by industrial customers — to encourage conservation. The customers will have to sign up ahead of time for the program, which supplements existing programs in California designed to reduce energy usage when blackouts threaten.

As to how much money in total will be available, "we're still working through the details," said Marybel Batjer, president of the Public Utilities Commission.

Edward Randolph, the commission's deputy executive director, said the program is available to all utilities in California, not just the big investor-owned companies such as PG&E Corp.