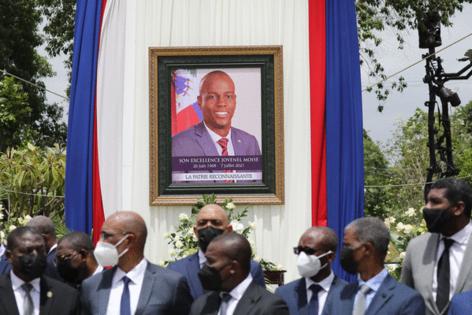 More than 44 individuals have been arrested in the ongoing investigation into who killed Haitian President Jovenel Moïse, Haiti National Police said Friday.

Among those taken into custody were a dozen police officers, including four who accompanied Colombian commandos say accompanied them as they entered Moïse’s hilltop home in the middle of the night on July 7, according to the commandos.

Verrier also gave some details on why police have issued a wanted poster for Supreme Court Justice Windelle Coq Thelot. She said Thelot conducted several meetings at her home ahead of the assassination, and that some of the Colombians in custody have provided police investigators “with a lot of details” about documents the justice reportedly signed.

The documents, Verrier said, were provided by CTU Security, a Doral, Florida-based firm owned by a Venezuelan émigré linked to the assassination. Thelot’s whereabouts remain unknown, as do those of several other Haitian nationals for whom police have issued advisories.

The body of Erika Verdecia, a 33-year-old single mom missing since Sept. 24, was found in a Davie canal ...Read More

A large majority of the Greens’ 70 delegates ...Read More