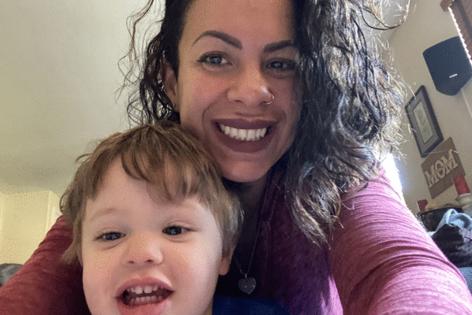 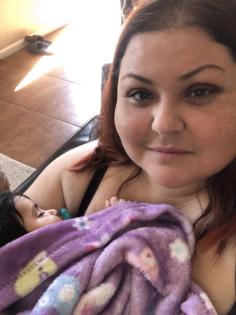 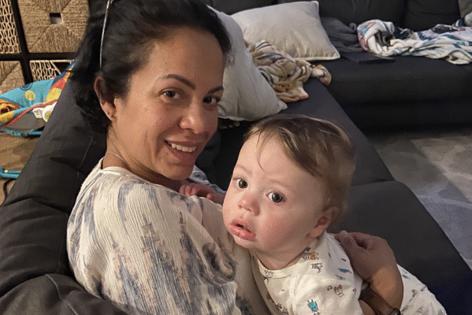 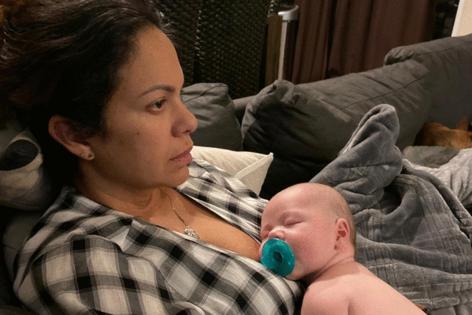 When Miriam McDonald decided she wanted to have another baby at age 44, her doctor told her she had a better chance of winning the lottery. So when she got pregnant right away, she and her husband were thrilled. But within three days of giving birth to their son, in September 2019, everything shifted.

“I was thinking, ‘Oh my God, what did I do?’ I just brought this baby into this world and I can barely take care of myself right now,” she recalled. “I feel exhausted. I haven’t slept in three days. I haven’t really eaten in three days.”

As the weeks went by, her depression got worse. She felt sad, but also indifferent. She didn’t want to hold her baby, she didn’t want to change him. She says she felt no connection with him.

This confused her — she never felt anything like this after her first two kids — and she worried her mood might hurt her son. Untreated postpartum depression can affect babies’ cognitive and social development. For the mother, it can be life or death. Suicide accounts for up to 20% of maternal deaths.

She went to Kaiser Permanente, her health care provider, for help. (KHN is not affiliated with Kaiser Permanente.) She said doctors there put her on a merry-go-round of medication trial and error. The first drug her doctor prescribed made her anxious. Upping the dose of a second drug gave her horrific nightmares. A third drug gave her auditory and visual hallucinations that took seven weeks to go away after she stopped taking it.

Then, her psychiatrist retired. And when McDonald complained to her new psychiatrist that she was still depressed, four months after giving birth, the physician suggested more medications.

“I was desperate,” McDonald said. “I was like, ‘I’m trying to help myself, but things are just getting worse. So what am I left with?'”

She did her own research and learned about a new treatment, brexanolone. It’s the first and only drug approved by the Food and Drug Administration specifically to treat postpartum depression, which affects 1 in 8 new mothers in the United States. Instead of targeting the serotonin system in the brain, like many antidepressants, brexanolone replenishes a hormone metabolite that gets depleted after childbirth: allopregnanolone. Some doctors call allopregnanolone, which is produced by progesterone, “nature’s Valium” because it helps regulate neurotransmitters that affect mood. After giving birth, natural levels of estrogen, progesterone and allopregnanolone all plummet rapidly, making some women vulnerable to postpartum depression. Brexanolone is a synthetic version of allopregnanolone, delivered through an IV infusion over the course of 60 hours. It costs $34,000 per treatment.