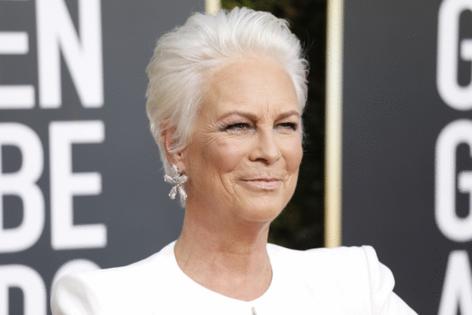 In an interview with AARP magazine published Thursday, the Golden Globe Award-winning actress and bestselling author spoke for the first time about 25-year-old daughter Ruby, whom she shares with husband Christopher Guest.

With her daughter’s permission, Curtis told the publication that she and Guest have watched Ruby’s transition “in wonder and pride.”

Curtis, whose career took off after she was cast in the lead role of the original “Halloween” in 1978, added that her daughter’s transition has helped her to better understand that gender is not fixed — which is possibly one of the biggest “old ideas” that Curtis has tossed out recently.

The 62-year-old actress described her life as a “constant metamorphosis.”

Her older daughter Annie, a 34-year-old dance instructor, is married. Ruby, a computer gaming editor, is single — but that will soon change.

“She and her fiance will get married next year at a wedding that I will officiate,” the proud mother said.

So far, Curtis — the daughter of Hollywood royalty Tony Curtis and Janet Leigh — and Guest have no grandchildren yet.

“But I do hope to,” she told the magazine.

Curtis was last seen in the 2019 murder-mystery hit film “Knives Out.”