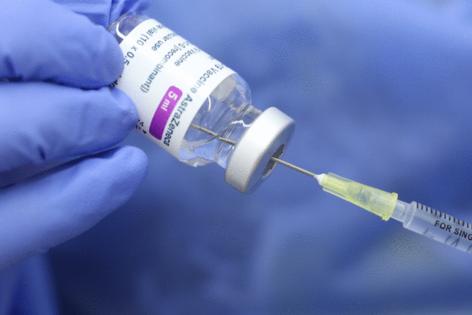 Two new deaths were also reported by the state: an Anchorage man and a Soldotna man, both in their 70s.

A Yukon-Kuskokwim Delta resident in their 80s also died due to complications of COVID-19 on Monday, according to the Yukon-Kuskokwim Health Corp. That’s in addition to 379 Alaskans who have died with the virus as reported by the state.

The state reported 526 new infections total for Monday and Tuesday including 55 nonresident cases, another relatively high number, according to the Alaska Department of Health and Social Services dashboard.

Nearly half the new nonresident cases, or 27, came out of the seafood industry in Unalaska, according to a state health department spokesperson. The remaining cases were scattered around the state in small numbers.

Hospitalizations around the state, especially in Anchorage, are also at levels not seen since the winter. The state was reporting 94 people with COVID-19 hospitalized as of Wednesday.

The highly contagious delta variant first identified in Alaska in May is fueling a “rapid acceleration phase” right now, state epidemiologist Dr. Joe McLaughlin said in a briefing Wednesday. “Most of this is driven by people who are unvaccinated.”

Multiple communities statewide are seeing sharp rises in cases. More than half of the newly reported cases were in the Anchorage area.

Officials in the city and borough of Juneau reported 29 new resident cases over two days. The assembly was meeting Wednesday night to decide whether to extend emergency declaration. An outbreak in Sitka that has sent over a dozen people to the local hospital continued to grow, with 28 cases reported over Monday and Tuesday.

The Yukon-Kuskokwim region also reported 28 cases over two days, plus a new hospitalization.