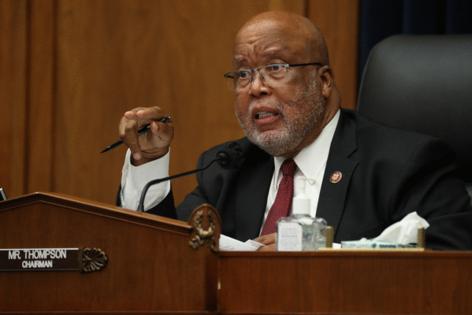 The U.S. Congressional committee investigating the storming of the Capitol on Jan. 6 is poised to kick off deliberations Tuesday with what is expected to be wrenching testimony from police officers who battled the violent mob of attackers.

After a second Republican lawmaker agreed to join the panel over the weekend, Rep. Bennie Thompson, D-Miss., the panel’s chairman, vowed that the committee would work fairly to expose the truth about what happened that “horrible day.”

“We have to get it right,” said Thompson, who has a reputation for working well across the aisle.

By exposing the ugly truth about the Capitol riot, Thompson says he hopes to prevent such an attack from ever happening again.

“(Then) I would have made what I think is the most valuable contribution to this great democracy,” Thompson said.

The controversial committee is empowered to examine what happened on Jan. 6 and what led to the violent attack, which was carried out by supporters of former President Donald Trump hoping to block certification of President Joe Biden’s election win.

It was created by House Democrats after a bipartisan proposal for an independent 9/11-style commission was blocked by Senate Republicans.

Pelosi added Kinzinger to the panel on Sunday. GOP Minority Leader Kevin McCarthy earlier yanked his allotted five picks after Pelosi rejected two of them, citing their efforts to downplay the seriousness of the attack.

Despite the partisan drama, Thompson insists the gravity of the task at hand requires him to play it straight and steer clear of party politics.

WASHINGTON — Parts of the U.S. health system “are in dire straits,” as the spread of the COVID-19 delta variant forces some states to prepare for rationed medical care, said Rochelle Walensky, head of the U.S. ...Read More

Iceland elected Europe’s first female-majority legislature in a ballot where the centrist ruling coalition added to its majority after steering the nation through the pandemic.