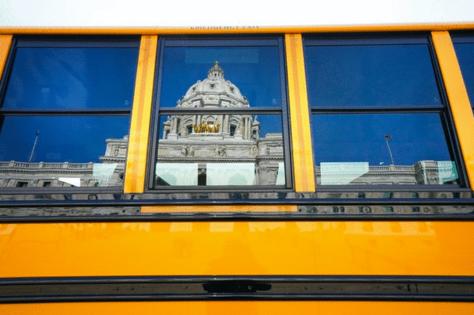 MINNEAPOLIS — An unprecedented number of Minnesota school board members are resigning early after an unrelenting year of community angst over school closures and mask debates, budget cuts, reckonings over social justice and battles about curriculum.

In a typical academic year, 12 to 15 board members statewide leave their seats before their terms end. This year, there have been more than 50.

The reasons for those departures vary, but board members in districts of all sizes — rural, suburban and urban — have similar stories to share: e-mail and voice mail in-boxes filled with passionate and sometimes threatening messages about what will happen if they vote to require mask wearing, or if they do the opposite. Packed school board meetings where community members disregard rules and common courtesy to vent their frustrations, sometimes on topics over which the board has no control. Personal, stinging accusations that school board members don't understand or care about students, families or the communities where they live.

"If you think of it as a volume knob, everything that would normally be at a 3 or 4 is at an 11," said Kevin Boyles, a Brainerd school board member.

School boards have always dealt with controversies. Talk about budget cuts, changing school boundaries or replacing school mascots can quickly become heated issues for school systems and their communities. But some board members say the past year, with emotions and fear running full blast, has been something different altogether.

Among those who have resigned is Pam Lindberg, who said she enjoyed the first few years she spent on the school board in Robbinsdale.

After retiring from a long teaching career, Lindberg said she was looking to serve her community and thought her experience might be of use, so she ran and was first elected in 2014.

Things started to change a few years later, when the district was embroiled in a controversy over a principal's reassignment that led to an audit of the district's finances and management.

Lindberg said that situation prompted a wave of often-personal criticism from community members. And when the pandemic hit, with frustrations mounting over a long list of new topics, it started to feel like a tsunami of anger. Lindberg hit a breaking point in April, when she and other board members received what she described as a "particularly egregious, abusive" e-mail.

She waited it out until the end of the school board meeting last week, mostly because she was concerned about the cost the district would incur if she stepped down earlier and triggered a special election.