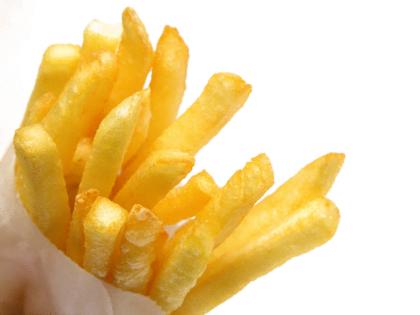 Fats provide important health benefits, but they can be too much of a good thing. Most people eat too many omega-6 fats and not enough omega-3. A new study looks at the potential for omega-6 fats’ influence on neuropathic pain in people with diabetes and other conditions.

Researchers at the University of Texas Health Science Center at San Antonio studied the effects of omega-6 fatty acids themselves by measuring the role of these dietary lipids in pain conditions and found that the substances themselves seem to cause pain and inflammation.

The abundance of omega-6 polyunsaturated fats prominent in the typical Western diet “served as a significant risk factor for both inflammatory and neuropathic pain,” UT said in a statement.

Diabetes, autoimmune disorders and cardiovascular diseases are known to be affected by nutritional choices, the researchers said. But excessive consumption of omega-6 fats, which are found largely in commonly consumed processed foods, had not been studied in terms of the acids themselves and their role specifically in pain.

A team from the biomedical sciences, the department of chemistry and the neurology department at the South Texas Veterans Health Care System headed by Dr. Jacob Boyd studied polyunsaturated fatty acids in both mice and humans.

While both omega-6 and omega-3 fats are essential for proper nutritional health, the new study suggests that the preponderance of the former could have detrimental effects. The five-year study was published in the June edition of the journal Nature Metabolism.

Omega-6 fats mainly occur in foods with vegetable oils and are beneficial – to a point.

“But Western diets associated with obesity are characterized by much-higher levels of those acids in foods from corn chips to onion rings, than healthy omega-3 fats, which are found in fish and sources like flaxseed and walnuts,” the researchers’ statement said. “Generally, unhealthy foods high in omega-6 fats include processed snacks, fast foods, cakes, and fatty and cured meats, among others.”

While more research needs to be done, the work could lay a “foundation for new clinical trials and ultimately provide new avenues for the clinical treatment of neuropathies,” wrote Duke University researchers Aidan McGinnis and Ru-Rong Ji in an accompanying editorial.